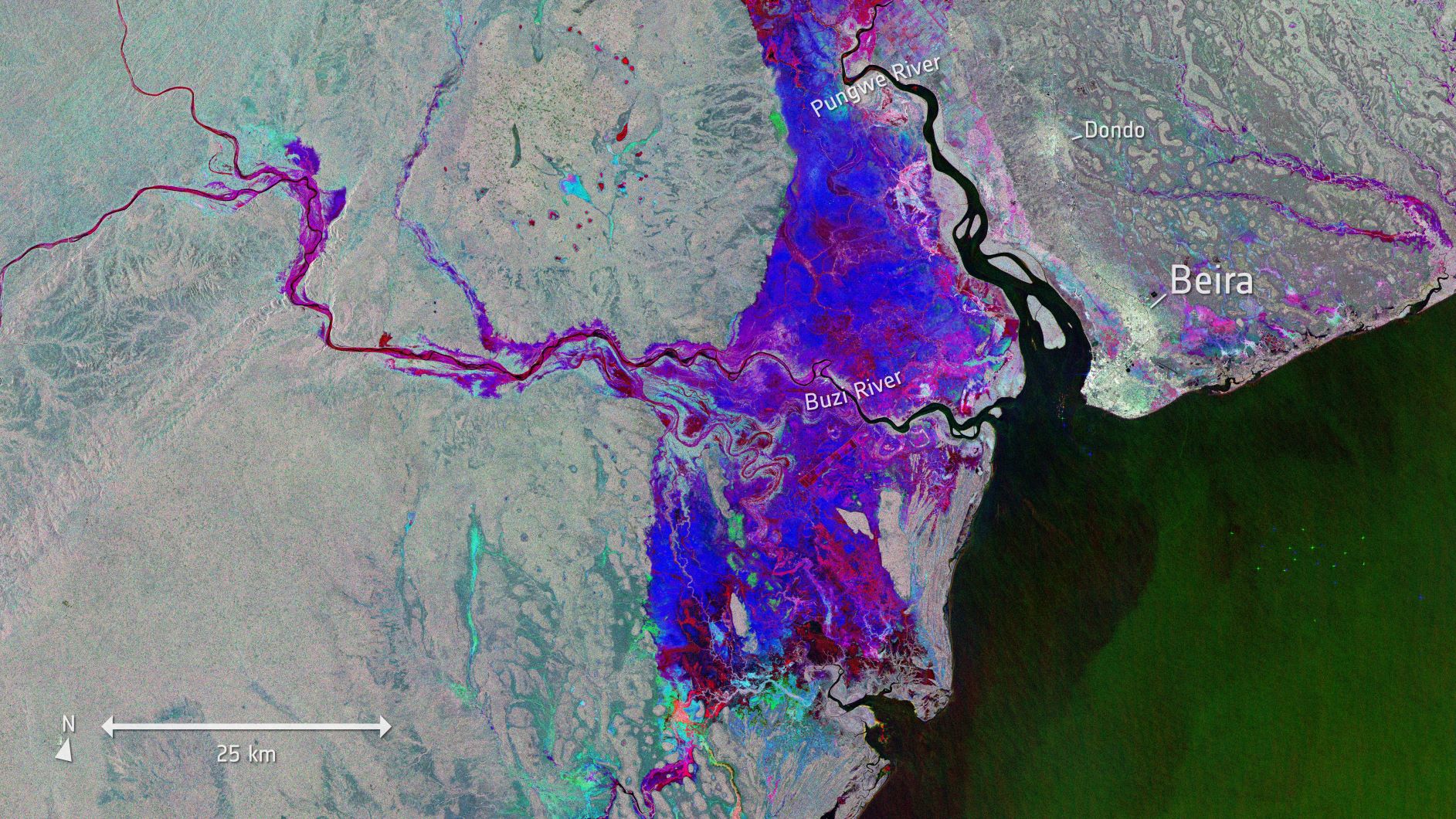 In Mozambique alone, nearly 136,000 people were displaced and more than 50,000 homes were destroyed, according to ABC News.

One of the hardest hit cities is Beira, Mozambique, a main port of entry for many countries in the region. Currently many areas east of Beria are cut off from regular supply routes, and flooding continues to impact the region. Up to 90% of Beira has been “damaged or destroyed by the cyclone.”

The UN has provided $20 million in aid money, according to Sky News. The British government announced it will provide about $8 million in humanitarian aid, according to BBC. They will also be sending tents and shelter kits to Mozambique.

The majority of people affected by the cyclone depend on farming for their food supply. With thousands of acres of land destroyed by the cyclone, World Vision reports that “it will be a real challenge for people here to find work and look after their families. The risk of hunger and disease spreading are high.”

Cholera has become a major concern following Cyclone Idai. Cholera leads to diarrhea and loss of fluids and is spread by bacteria present in infected water, usually water contaminated by untreated sewage. The illness is already a main concern in the country, which has dealt with outbreaks on a semi-regular basis for several years.

As of April 3, more than a thousand people had been infected, according to Reuters. Medical leaders around the world are concerned this could lead to an epidemic in the region. According to The Guardian, The World Health Organization has sent 900,000 doses of cholera vaccine to the country and began vaccinating people on April 3.

“The next few weeks are crucial, and speed is of the essence if we are to save lives and limit suffering,” WHO Chief for Africa Matshidiso Moeti said.

President Filipe Nyusi of Mozambique announced rescue efforts were to cease on March 28. He said Cyclone Idai was the “worst humanitarian disaster in Mozambique.” He also thanked the 945 rescuers who had participated in the search and rescue operation, saying, “They are heroes.”