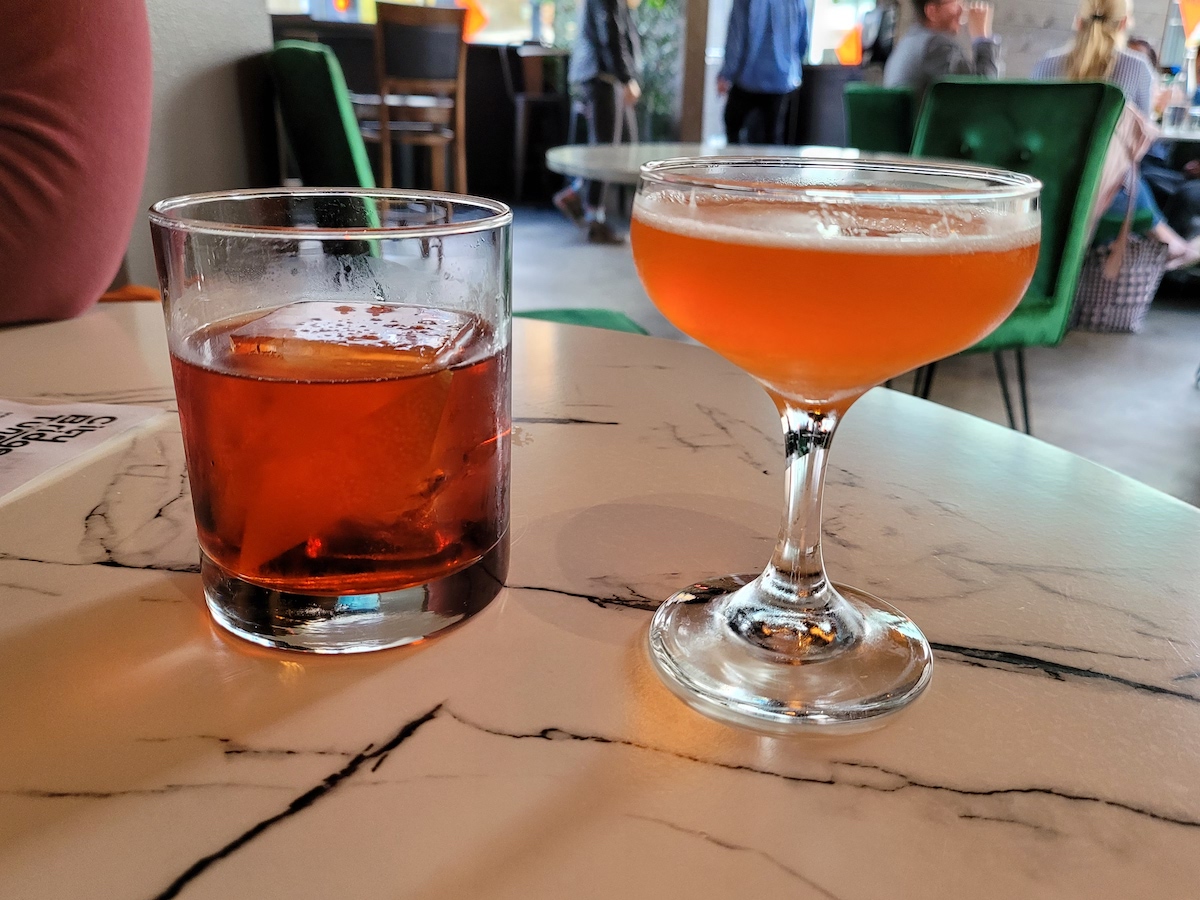 Portland is famous for its culinary cuisine, known before the pandemic as the foodie capital of the U.S. The pandemic brought forth constant struggles for our local restaurants, causing closure after closure from the lack of foot traffic, stringent dining-mandates, increased rent costs and other issues no business could have been prepared for.

However, with the restrictions eased, the sun beginning to shine and tourists beginning to travel across the country once more, new local restaurants have been emboldened to open up and serve some of the tasty foods that Portland is known for.

Whether you want to grab a nice dinner after viewing the waterfront or grab a drink after a long day of classes, these places highlight some of the best up-and-coming restaurants for everyone to enjoy.

Originally a Seattle-based restaurant group, Dough Zone takes up an expansive area along the downtown waterfront. The building is massive, topping a whopping 7,657 square feet. The open windows allow restaurant-goers to check out the gorgeous scenery of the boats and joggers running by.

Dough Zone is a dumpling restaurant, so ordering food is as simple as checking the boxes on the list. The Q-bao dumplings were a delicious treat of crispy dough on the outside and pillowy, fluffy goodness on the inside with just about the juiciest, most savory pork one could ever sink their teeth into.

The shrimp dumpling was another surprisingly tasteful treat organized delicately together—perfect for Instagram photos. The shrimp dumplings admittedly paled in comparison to the restaurant’s sliced fried pork, which packed flavor resembling that of Pok-Pok, a now-closed local Thai favorite. If dumplings don’t fit the cravings, the restaurant also has a wide range of noodles to eat.

For those who study late into the night or spend all hours of the evening grading papers and assignments, City Bridge and Tunnel is the perfect place to unwind for Portland State students and staff. Located on SW 12th Avenue across the street from St. Cupcake, it’s less than a 10-minute walk from campus.

Replacing Shift Drinks, this bar has a much richer atmosphere than its predecessor. Guests are greeted with an enormous red rose made by a local artist as an homage to the city itself, as well as a painting of Nicolas Cage as George Washington in the restroom.

What makes this place stand out isn’t just its atmosphere, but its marketability for the late-night clientele. For anyone looking to grab food past midnight, the choices in Downtown are pretty limited.

City Bridge and Tunnel fills this gap by providing a late-night happy hour from midnight to 2 a.m. These are quality meals that taste as if you were dining in the upper-crust Pearl District in the early afternoon. That being said, they do offer an additional afternoon happy hour from 3-5 p.m., which is a great time to stop by after class for a quick refreshment.

City Bridge and Tunnel offers a vegan Caesar salad and a Cobb salad that always tastes like they were pulled directly from a garden moments before, but with enough protein (if desired) to be filling. Sandwiches are another delicious option if a salad just won’t quite cut it, and their flamin’ hot chips are not for the faint of heart. Their deviled eggs with pickled red onions, bacon bits and dill whipped into spicy mayo create a bite-sized explosion of flavor.

For those of age, their cocktails are just as good as their food. The Spellbound is easily one of the best signature cocktails I’ve ever had. This Mezcal cocktail is like drinking a piece of still life art, bombarding the drinker with fruit flavor without relying on sugar to make it palatable. It’s easy to forget it’s alcoholic, and it’s light enough to ensure you’re not knocked over after one drink. This restaurant had me spellbound from the beginning.

City Bridge and Tunnel is open Wednesday–Sunday 3 p.m. to 2 a.m.

Located alongside Portland’s famous NW 23rd district, Tini’s Mini Craft Cocktails was too cute not to pass up.  The space was as whimsical as a frozen yogurt shop, and the drinks were just as sweet. As I stepped in, the other side of the area had a puzzle out for anyone to contribute to. The tip jar even played into itself, reading ‘Tini Cocks Need Big Tips.

What makes this bar worth the trek up towards NW 23rd is the feel-good, do-good attitude. The bar is meant to be a showcase for Dregs Vodka, a local distillery that donates 100% of its profits to low-income youth. Every drink you have, you know is for a good cause, and the success of the vodka means the support of local communities.

The cocktails are cheap: a three-drink flight for $13 or up to five individual $5 mini cocktails. The flavors are as colorful and unique as the space itself. A Matcha Made In Heaven is like drinking a matcha latte with lemony simple syrup. Their version of an espresso martini won over my heart, using cold brew, anise, bitters and coconut water with a coffee bean on top. It was smooth and discreet, like a nitro cold-brew cup of coffee or a white Russian.

For a tiny bar, this spot has a big impact on your taste buds.

This guide wouldn’t be complete without showcasing at least one of the food carts that makes Portland famous for food. Originally opened on Feb. 10, 2020, Tokyo Sando is the oldest restaurant in this guide, but deserves an honorable mention both for its sheer resilience in overcoming the pandemic right as they began their business, and for their ridiculously delicious, nationally-recognized food.

Located in a subtle parking lot between Voodoo Doughnuts and Killer Burger, it’s hard to imagine that a place that serves food fit for royalty is located here. This cart was founded by Taiki and Andrea Nakajima. Taiki Nakajima grew up in Tokyo, and eventually made his way to Portland as a line cook for Marukin Ramen, until he decided to move on and make a food cart.

Tokyo Sando’s sandwiches are full of heart. They are meticulously crafted and evenly split in the middle to show off the ingredients you will be sinking your mouth into, each covered in a soft, spongy bread. These cushiony slices contrast perfectly with the delicate, yet crunchy panko shell of their fried pork and chicken that melts in your mouth. Their pork katsu sando comes with katsu sauce, dijon and cabbage, and they recommend adding spicy mayo and black garlic furikake.

Furikake is a savory spice mix which includes dried seaweed flakes, fish flakes and sesame seeds. There are no words to describe the kind of flavor that’s experienced with these sandwiches, except perhaps the taste of Tokyo itself.

Tokyo Sando is perhaps the greatest example of what Portland’s food culture is. It is a humble food cart tucked away in a parking lot, providing authentic food and flavor that’s fused with the multigenerational wisdom and experience of the owners, whose greatest joy is to share through food.

“I Wake Up Screaming” Goes Deep in Noir

420 Words with ‘Mistress of the Universe’ Patrick Buckmaster