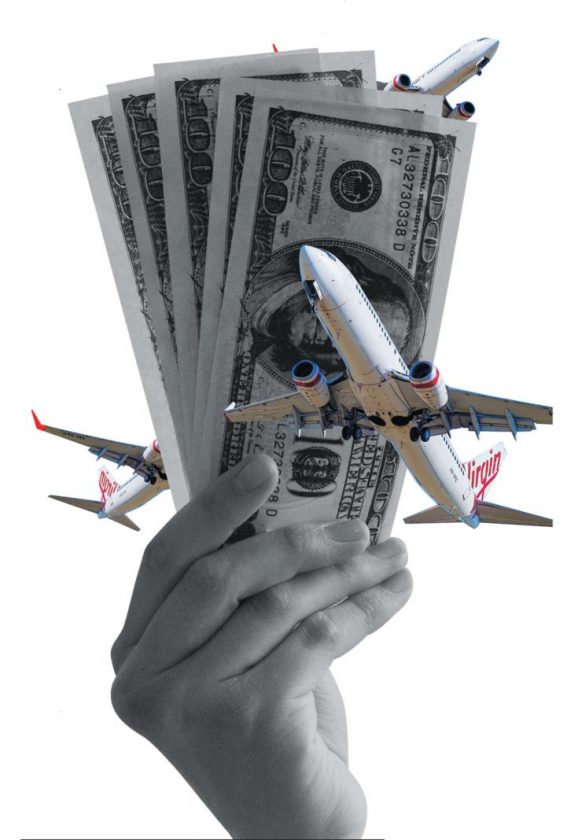 An aircraft with a mind of its own, the Boeing 737 Max 8 is essentially a rogue aircraft that should never transport human lives again.

Boeing’s 737 Max 8 is now a popular aircraft for all the wrong reasons and is an example of what happens when a reputed aircraft manufacturer such as Boeing starts to focus on profits and less on product quality and standards. Despite the horrible incidents that put the plane on the spotlight, Boeing is still trying to fix the aircraft. This should not be the case, as recent variations of the 737 have all had significant issues, and it is about time the Federal Aviation Administration and Boeing permanently ground and retire the jet forever.

The aircraft dominated headlines on Oct. 29, 2018, with the tragic crash of the Lion Air Flight 610 in Indonesia, where the doomed aircraft, along with 189 people, plunged into the Java Sea about 12 minutes after takeoff, killing everyone on board.

In the aftermath of the Lion Air crash, the public discovered a faulty sensor activated Boeing’s flight-control software, Maneuvering Control Augmentation System, forcing the tail of the aircraft to go up and the nose downward. As the pilots battled to keep the 737 steady, the MCAS kept pushing the aircraft down, a battle they would eventually lose.

What’s more horrifying is that Boeing failed to disclose the existence of the MCAS system. An American Airlines pilot who attended Boeing’s emergency meeting after the Lion Air crash told the Los Angeles Times that “There was nothing on the MCAS [during the hour training the airline received about the jet] because even American didn’t know about that.”

This is a horrifying fact. Boeing thought it would be acceptable not to inform the airliner or the pilots about this new software, placing them and hundreds of passengers in danger. To make matters worse, Boeing knew the MCAS system was having issues as early as 2016 when a Boeing tech-pilot wrote that the system was “running rampant,” recently leaked transcripts show.

All of this in mind, they still refused to ground the jet after the Lion Air crash, leading to the easily avoidable deaths during the crash of the Ethiopian airliner, whose pilots were trained on the MCAS system but could not override it. This event led to President Donald Trump—of all people—to demand the grounding of the jet, until now.

Boeing now claims that upgrades to the plane have been made, and it also plans to start selling their new 737 Max 10 in December, but what assurances can Boeing provide to the public? And why should the public trust their new upgrades will keep them safe and in the air? Boeing has lost all of the good will it garnered, and rightly so, as we have seen Boeing claim it fixed its software, only to find out the same system hurled innocent people to their deaths.

Even Jim Marko, a senior engineer in Canada’s air-safety regulatory body, expressed skepticism of Boeing’s plan to resume flights of the carrier, claiming that the “MCAS has to go,” and also wrote a letter to the federal aviation regulators of Brazil, the European Union and the U.S., imploring them to remove the system.

Considering Boeing’s history of making poor decisions, it is becoming more apparent that all it wants is to sell aircrafts: to maximize profits at the cost of ethics, morality and the people’s lives. Even the existence of the MCAS system was created to compensate for the clunky design of the jet, which is essentially an old model with a bigger engine.

Again, if Boeing had grounded all 737s after the Lion Air incident and removed the MCAS system, instead of simply issuing an updated manual, another 157 people would not have died. The entire fleet should have been stopped and retired, not redesigned and remarketed like they are attempting to do now.

In addition, the FAA should have intervened long before anyone died, and their willingness to allow Boeing to take another crack at it, reveals their gullibility and laxity. The FAA is also Boeing’s partner in crime. In 2015, as Boeing rushed to certify the 737 Max 8 to try and catch up with the auspicious French aircraft manufacturer Airbus, the FAA allowed Boeing to inspect and certify its own planes.

The FAA failed us, and they should be in no rush to end the grounding of the planes; rather, it should work to retire all of them, regardless of the economic consequences. However, Boeing’s cozy relationship with Washington D.C. may be an issue as it has spent nearly $12 million on lobbying and campaign contributions to congress.

Softy corruption is strong in the U.S., and the practice of government officials receiving board seats on the board of directors of titans of industry is pervasive. Nikki Haley, Trump’s former United Nations ambassador currently sits on Boeing’s board, and former Deputy Secretary of Defense Patrick Shanahan was a longtime Boeing executive.

In light of the conflict of interest, international bodies, with no ties to Boeing should be involved in certifying the new 737s. As long as the MCAS system stays and the FAA continues its half-assed certifications of the aircraft, it remains purely a game of money and nothing else for Boeing.

Regardless, grounding them has made them safer for everyone—and it ought to stay that way.