“Take Me to a Place I’ve Never Been Before”

Dianne Jean Erickson’s mixed media paintings will be on display at MAC until April 2.

Emo Nite is back at Holocene—MakeDamnSure you’re there.

As a tuesday special, Jordan Peele’s latest horror movie will be playing at Living Room for only six bucks.

Challenging Toxic Positivity and the Cult of Happiness

This free discussion is presented by Portland’s new neurodiversity club, Reimagining Recovery, and will focus on the repercussions of “good vibes only” culture.

“Where Did You Sleep Last Night?”

Portland-based painter and sculptor Shohei Takasaki combines domestic life with the abstract in this solo exhibition.

Broadway Portland will bring you to a whole new world at the Keller Auditorium until April 7.

Trauma, Memory and the Brain

Join this discussion of how psychological trauma affects the physical health of the brain, based on research by Dutch psychiatrist Bessel van der Kolk and clinical psychologist Peter Levine.

“Every Measure of Zero”

Supernatural meets comedy in this live reading of a front desk worker faced with a possessed customer.

This day of celebration aims to raise awareness of discrimination of transgender people and will feature acapella performances, a panel discussion and Mayor Ted Wheeler reading the city’s proclamation declaring the day Transgender Day of Visibility.

Natalie Krick’s photography exhibition features collaboration with her mother and sister in a series of vibrant portraits exploring female identity vs cultural expectations.

The SNAP! 90s crew will be bringing you back with their ladies of the 90s night, so be prepared to wanna dance with somebody. No scrubs, though.

Hear the “siren song of the disco ball” among other sounds of various objects at the farewell performance to Alder Stage before it’s demolished.

The name of the event should be reason enough to get you down to the Portland Night Market.

Cats, buildings and flowers will be featured in Mandy Allen and Ancia Woo’s joint exhibition.

Rescheduled from October, English singer-songwriter James Bae—oops, Bay, will be at The Schnitz for his Electric Lights tour. Bring tissues.

In celebration of Women’s History Month, an all-women identifying cast will be “playing back” stories of womanhood told by audience members.

This rummage sale of eclectic Japanese collectibles and furniture is open to the public and will feature items as low as 25 cents.

Diana Palermo’s solo exhibition focuses on gender and sexual expression, confronting what is acceptable by society.

José Gonzalez and The String Theory

Folk singer-songwriter and guitarist will be performing both hits and deep cuts with The String Theory orchestra to accompany.

Presented by PassinArt, this Jim Crow-era play portrays racially divided North Carolina featuring cultural connections among the “NO” signs all over the south.

More than 60 vendors will be at this month’s Flea + Food Market, with tons of vintage and locally made goods.

Abstract works by Renée Zangara will be on display until June 30. The opening ceremony will be held April 6 at 5 p.m.

The English space-rock band is back after a six-year hiatus.

The stage is open for storytellers to put their names in a drawing for five minutes to tell a story based on a predetermined theme. This show’s theme is “bamboozled.”

FreePSU students and faculty along with scientists and community members will be discussing the Cascadia earthquake and what to expect. Dinner will be included. Register online. 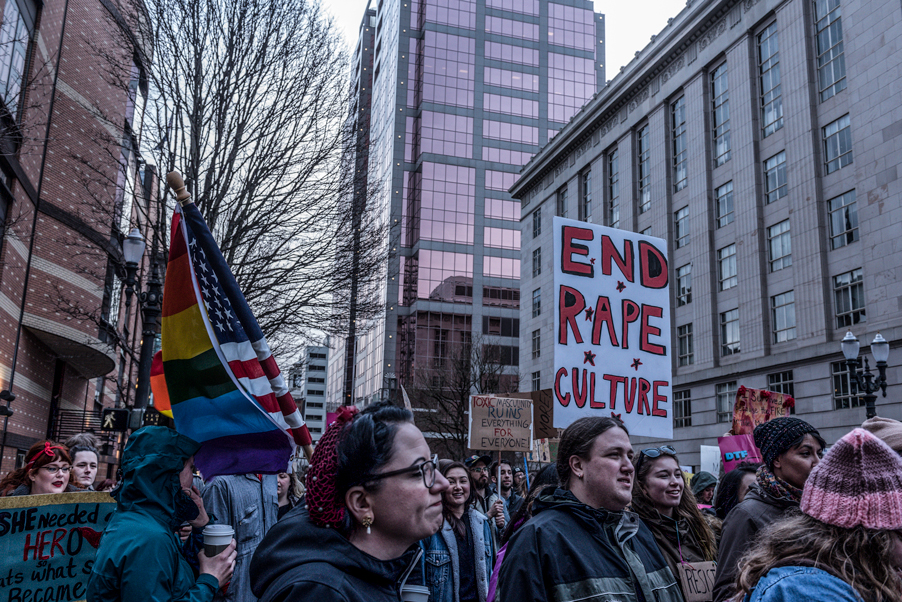