The Portland State Center for Public Interest Design collaborated with the Village Coalition and the City of Portland to explore a new possibility for houseless women. After a year of collaboration the idea has become a reality and local Kenton residents have switched from mild skepticism to overwhelming support after numerous conversations with community organizers.

While the Kenton Women’s Village obtained the rights to use the land for up to one year, many project organizers hope that the project will open the neighborhood’s eyes to this new way of approaching houselessness in a rather contemporary way.

The houseless women moved into the village on June 10, and those in charge of the project asked that the women be given several weeks to get their bearings in their new environment before the public or press is invited to come to the village.

Village residents are part of the Catholic Charities’ Housing Transitions Program and have been assigned a case manager from CCHTP to help them acquire permanent housing for the future.

Margi Dechenne is the CCHTP program director and quickly summarized the houselessness issue in Portland by explaining how easy it is for someone to go from a stable living environment to living in a tent on the side of the road.

“Losing a job, and then you kind of stay with people for a while until you can’t find a new job, then you run out of social capital, and then you’re in a tent somewhere,” Dechenne said.

Vahid Brown is a representative from the Village Coalition who informed the Vanguard about how the village community established acceptable etiquette and how the village would function the best for everyone.

“We didn’t write the manual,” Brown explained. “We asked [the] houseless women, [and] we said ‘imagine a village for houseless women like you. You already live in a village, so you know how it works. What should the guidelines be?’”

“One of the mottos of the Village Coalition is ‘nothing about us without us,’ so at every step of the process houseless people are engaged,” Brown continued. “So, that draft of the manual is a draft. This weekend, on behalf of the Village Coalition, I’ll work with the women who are moving in on revising it, refining it, and saying ‘this is your village.’”

When asked about the initial response of the Portsmouth Neighborhood Association, Land Use Chair for PNA Shawn Postera described how most people were supportive and optimistic.

“I’m very happy to see that there are actual bathrooms here and showers,” Postera said. “The last report we got said there wouldn’t be that and the kitchen wouldn’t have a stove or a refrigerator and now it does. That’s gonna make a lot of people very happy. We were worried that would hinder people from succeeding, not having a place to shower on site and a place to cook. I need coffee in the morning, most of us do.”

“If you have just the village here and not the community support outside of just these 1.2 acres or whatever it is, then you’re failing,” said Ben Mauro, program coordinator for the City of Portland. “We learned that message from a lot of our previous attempts.”

After the final votes were counted back in March of 2017, over 66 percent of the Kenton community approved of adding the village to its neighborhood.

Rico Herrera was passing by to visit his son when he saw the village and figured he would stop in and see what was going on. After noticing how certain tasks were incomplete, he stuck around to lend a helping hand.

One of the student’s KWV projects included the installation of solar panels and the “juice boxes,” or solar battery cells.

More information about the Kenton Women’s Village can be found at their Facebook page: https://www.facebook.com/kentonwomensvillage/ 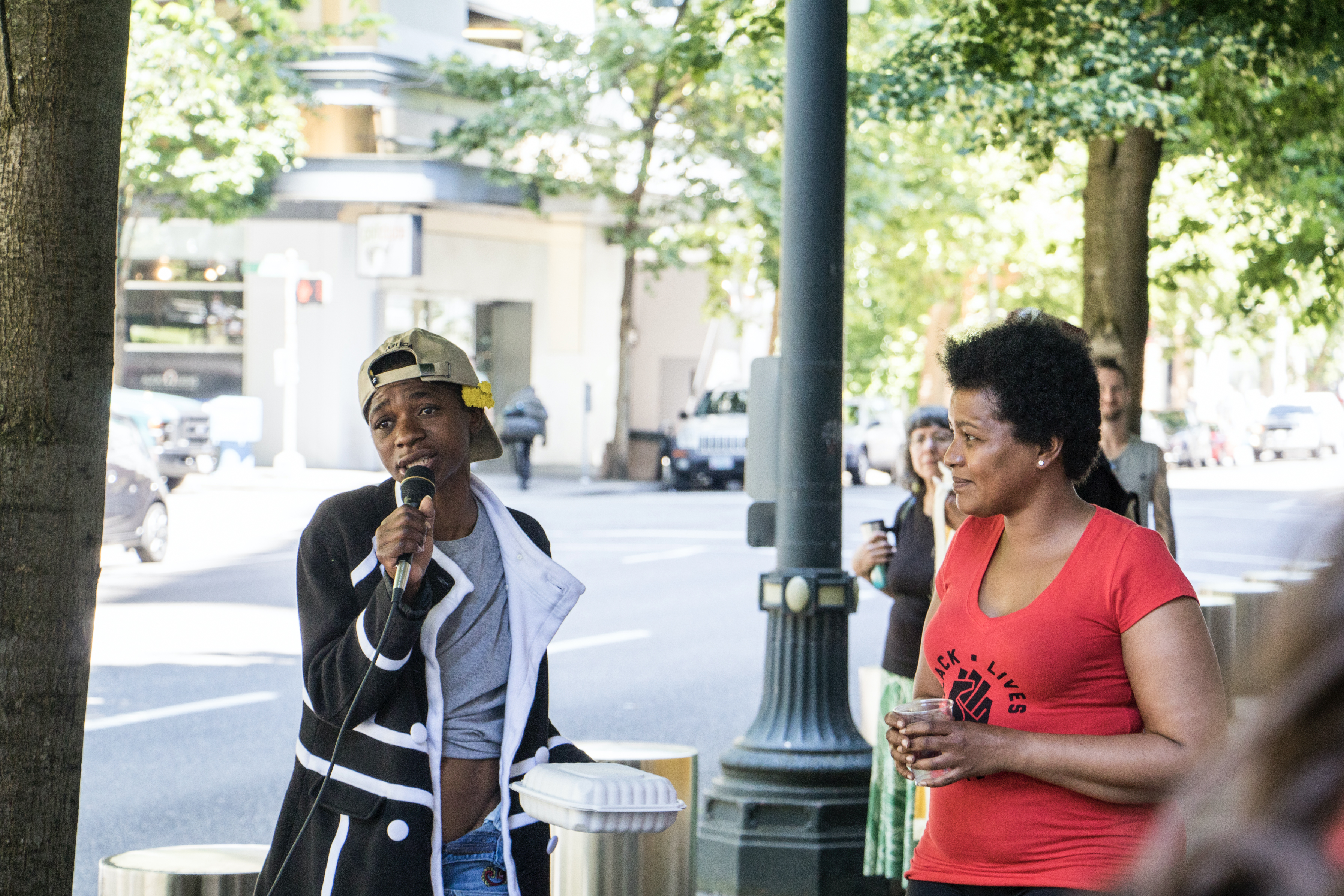