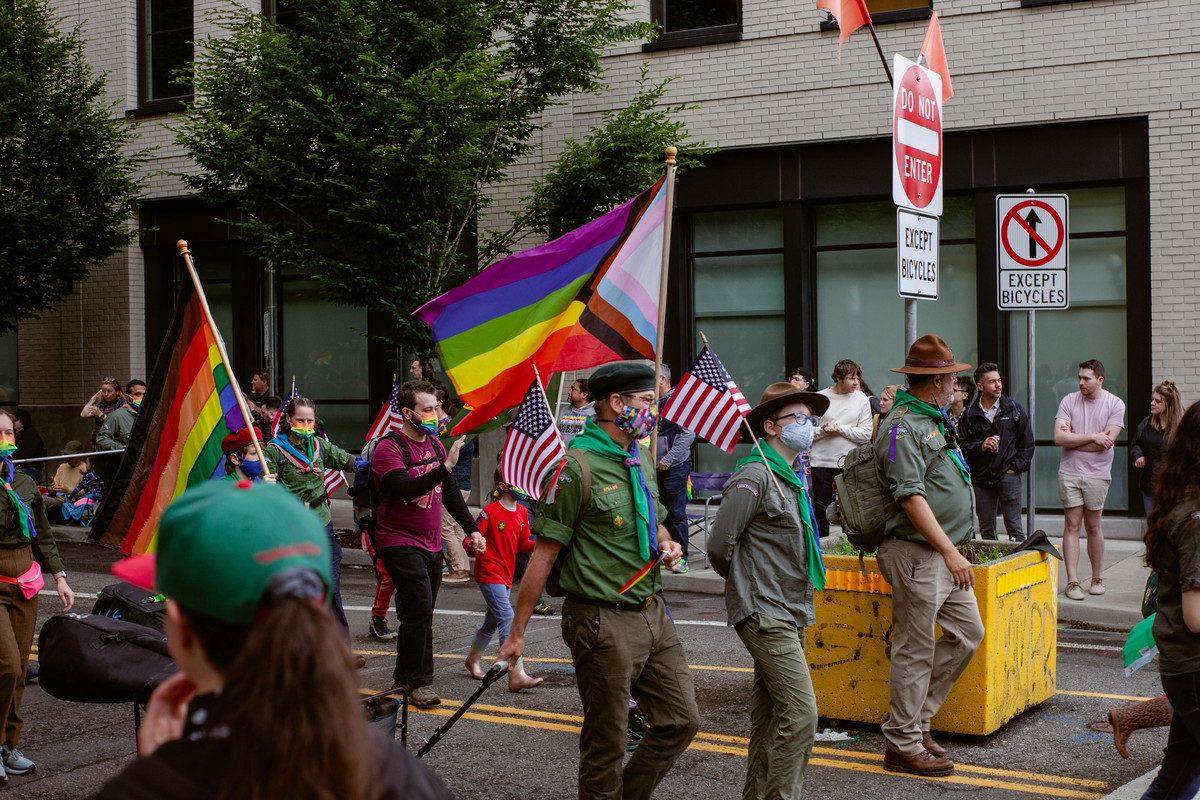 53 years ago, police violently charged into the Stonewall Inn, a gay bar in New York City, N.Y. In the face of constant discrimination, the LGBTQ+ community rose up and stood for their right to love whomever they wanted.

The riots lasted for three days. “The uprising became a catalyst for an emerging gay rights movement as organizations such as the Gay Liberation Front and the Gay Activists Alliance were formed,” CNN Health stated. “A year after the Stonewall riots, the nation’s first Gay Pride marches were held.”

As a result, almost every year Pride celebrations come to towns across the United States. The LGBTQ+ community uses Pride to commemorate the Stonewall riots and, as time has passed, create a safe space to celebrate the community and the things that unite us. As a 2022 Pride attendee, Vanessa—who asked not to be identified by full name—said, “I think it just brings people together.”

Pride was especially important this year for several reasons, one being how unsafe it feels to be LGBTQ+ in the U.S. as of late. “Pride is important because there’s still so much violence against us, and the world can feel scary,” said 2022 Pride attendee Twi, who also asked not to be identified by their full name. “This is our time to feel united, alive and safe, if even only for a short time.”

There has been a rise in hateful rhetoric and programming about LGBTQ+ individuals in conservative media, numerous hate crimes across the U.S. targeting members of the LGBTQ+ community and as reported by NBC, “more than 320 anti-LGBTQ bills…introduced in state legislatures this year.” These things and more all contribute to an environment that is making the LGBTQ+ community feel unsafe.

Because of this violence and discrimination, fostering a feeling of safety in our cities was essential to many participants. “Pride was more important to me this year than previous years because I have been feeling very unsafe in recent years as a queer person,” Twi said. “Pride felt safer than most days because I knew I’d be around so many other queer folks. We’re safer in larger numbers than we ever will be alone.”

Pride was also a momentous occasion this year because reclaiming a sense of community felt especially meaningful, given the pandemic’s impact on making many in the LGBTQ+ community feel isolated. Many Pride attendees reflected on their feelings as LGBTQ+ people during the pandemic. “I would say I was more depressed than anything,” said Nora, who also asked not to be identified by full name. “I stayed in a relationship longer because of feeling isolated.”

Unfortunately, this feeling was far from a unique one. As Healthline Media reported, “A new study found that the COVID-19 pandemic has exacerbated already existing psychosocial and emotional issues that affect LGBTQIA+ people.”

Many lost their sense of community because of the pandemic, contributing to the exacerbation. As reported by Healthline, “Experts say the need to remain physically distant during the pandemic has caused disruption to several social coping mechanisms that exist for sex and gender minority communities.”

From attending LGBTQ+ bars to local community gatherings, LGBTQ+ people are used to connecting in groups. “I did feel isolated from the queer community during the pandemic, because most of my interactions with other queer people was at gay bars, and many of them weren’t operating for the first year that the pandemic has been going on,” Twi explained.

While Pride most definitely served its purpose of reuniting some within the LGBTQ+ community, as reported by some attendees, it is also important to note that, as Twi said, that “the parade took place during Juneteenth, and a lot of Black queer folks expressed feeling unwelcomed because of that.”

When determining why overlapping these events was necessary, the justification for Pride organizers was timing. According to Pride Northwest, there are just too many events in Portland, specifically in the month of June, for “things to not overlap or butt up against each other.”

“I heard the people on stage talking about Juneteenth,” Pride attendee Vanessa noted. This is seemingly in line with how Pride Northwest determined it would address the overlap, as they stated, “Years in which the Portland Pride Waterfront Festival and Parade overlaps with Juneteenth, we increase the intentionality with which we plan, especially as regards the Main Stage, Black Queer visibility, and economic opportunity.”

While participants noted the importance of stage presence, when asked if that was enough, Nora said, that “as far as the stage and different things, yeah, but at the same time no.”

It seems clear to some that Pride could do better when many are unhappy with the event’s police presence. “Portland Pride works so closely with police,” Twi said. “Having Black speakers and performers doesn’t make up for the ways in which the overlap with Juneteenth further alienates queer Black people.”

Back in 2020, Pride Northwest released a statement about their event’s police presence. “Beginning in 2021, uniformed and armed law enforcement officers will be disallowed from marching in the Portland Pride Parade and from exhibiting at the Portland Pride Waterfront Festival,” the statement read.

However, in a statement to KOIN 6 News about safety concerns before Portland Pride 2022, Pride Northwest told them it would be “working closely with the Portland Police Bureau, private security, de-escalation teams, and others to ensure that the Portland Pride Waterfront Festival and Parade are as safe as possible.”

Pride Northwest did not immediately respond to requests for further clarification on their change of stance towards police at the festival in 2022. 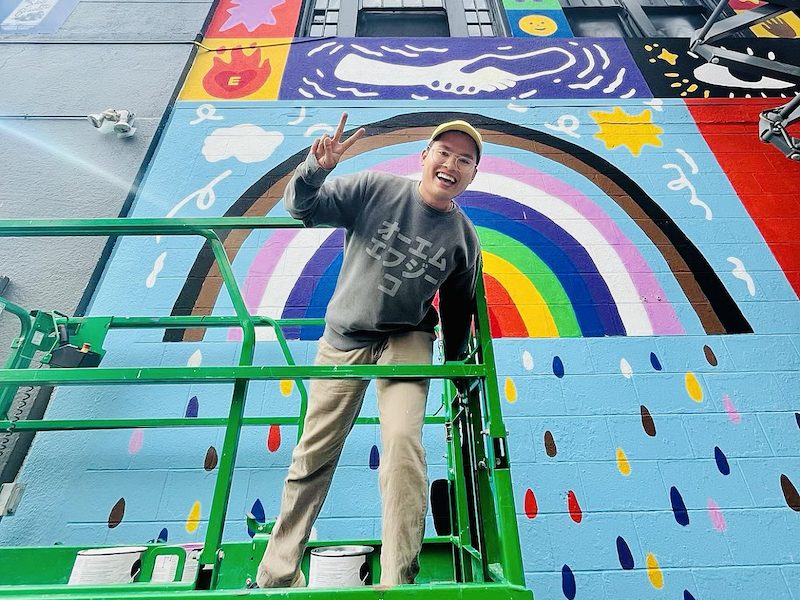 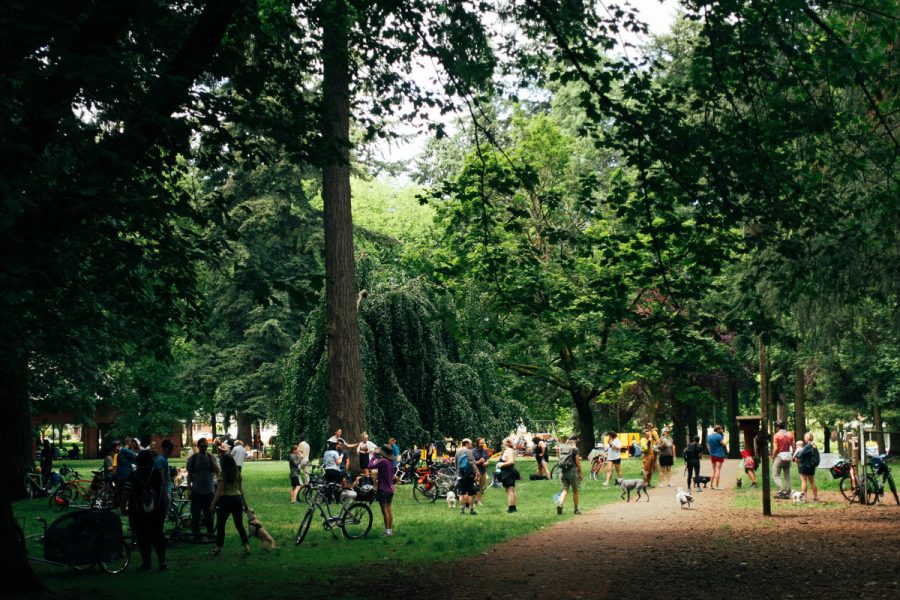