As a photographer and an artist, I struggled to find a way to tell the story of COVID-19 through pictures. Boarded-up businesses and people wearing face masks feel disconnected from the crisis, while the streets seem populated just as they were in winter—but it’s as if there’s an unseen “other” presence around every corner. How do you photograph the invisible pains—how do you show that our world changed?

Elsewhere, artists are recreating modernist and renaissance paintings such as “The Girl with a Pearl Earring” or other classic art, as a challenge issued by Getty. The Guardian wrote an article about how “we’re all living in Edward Hopper” paintings now in response to a popular tweet—I’d argue that we’ve been living in one for a while.

Americans, in general, kept their distance from each other. We observe the unspoken rule of the urinal and take up every other seat on the trains, careful to avoid physical contact with strangers. Lunch tables at workplaces seat one person, and an invisible barrier of our own imagination keeps us from interacting with one another—or, we simply eat at our desks. I once joked that it was the “10 foot wingspan of the average American.”  Now, it’s a mandatory 6 feet. 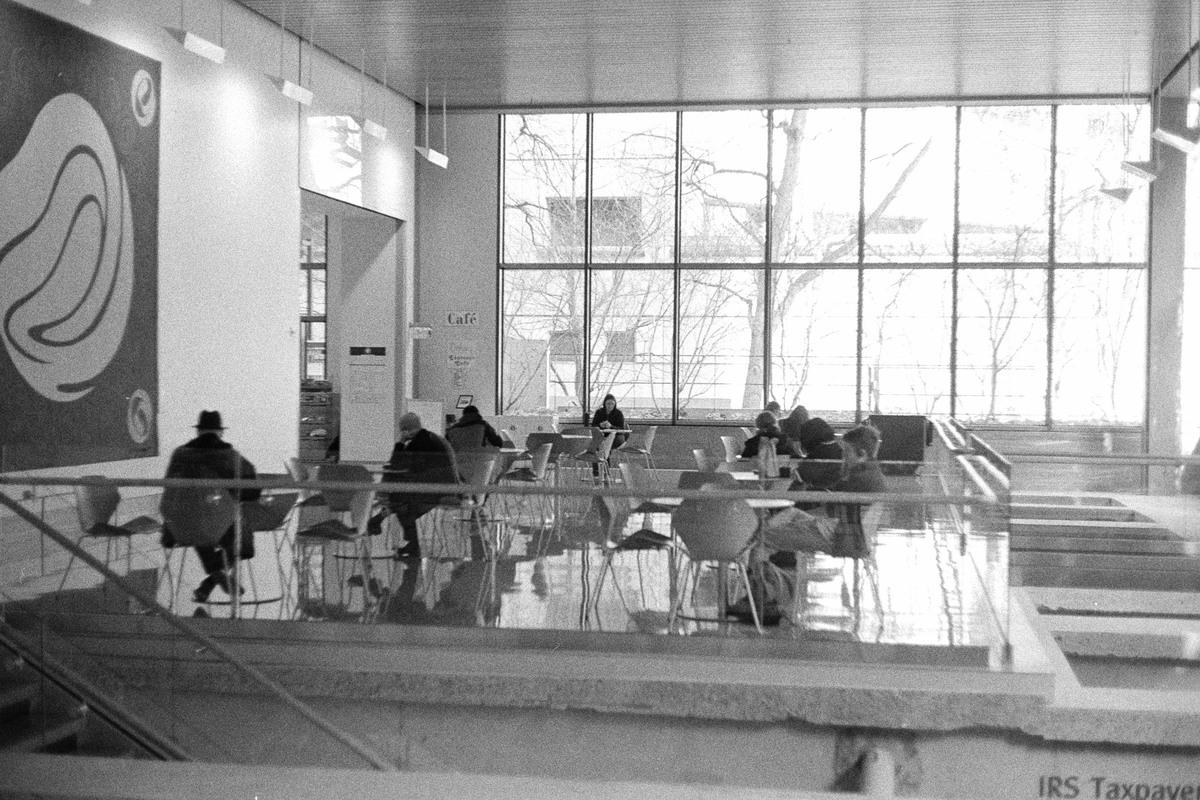 I went back to places I’ve photographed right before the crisis—of faces and people that, for the briefest of moments, existed before the shining glass windows became slabs of plywood. Now, my photographs feel as if the people were plucked out of them. Somewhere, they’re staring out a window from their home into the street.

Art is about knowing how to say your message loudly, clearly and with enough emphasis to shake the earth. If it doesn’t move you, then there wasn’t any real point to it at all.

I know this pandemic will end. Hopefully soon. The feeling of discomfort at seeing crowds will vanish over time, but it’s important to look back at what we’ve given up—and how we’ve stayed the same—and realize the importance of what we do now, and in the coming months, to minimize and control the spread of the virus. Let’s avoid becoming Hopper paintings again.