Decades of neglect and mismanagement by the city’s government has left Portland’s historic Chinatown district a ghost of its former self.

Historically a center for the marginalized Chinese-American community in Oregon, downtown’s Chinatown district has been neglected by development authorities for the past several decades. Facing increasing crime, decreasing levels of foot-traffic and tourism, and increasing rents, the neighborhood has lost almost all of its long-standing businesses and the immigrant community has been forced to relocate.

Chinatown dates back to the 1860s, when Chinese immigrants began to settle in Portland along the Willamette River, a spot ignored by white Americans due to constant flooding. Over the next several decades, Chinatown developed into a 14-block area concentrated around the waterfront north of West Burnside Street.

Chinatown isn’t new to being a site of change and contention. When Congress passed the 1882 Chinese Exclusion Act, the area became a site for Japanese immigrants moving to Oregon as a new source of cheap labor for burgeoning industrial sectors.

The Chinese immigrant community continued to reside in Chinatown through the 20th century, establishing the Chinese Consolidated Benevolent Association in 1900 and constructing the CCBA building on the corner of NW 3rd and Davis St. as a center of advocacy for the Chinese community. Today, the building is the site of the Portland Chinatown Museum.

Efforts to redevelop and recognize the history of Chinatown date back to the 1970s, when the CCBA established the Chinatown development committee. The Republic of China, the Oregon State Historic Preservation Office and private donors contributed hundreds of dollars to rebuild the CCBA building and create a plan to redevelop the area of New Chinatown.

The city government adopted the CCBA plan in 1984 as a city agenda. In 1989, the city officially designated the zone north of W Burnside as a protected historical landmark. In 2000, the Lan Su Chinese Garden opened.

Lan Su hosts over 800 events throughout the year to foster and preserve the tradition and culture of Chinatown. The Annual Chinese New Years celebration, as well as the Grand Floral Parade and Starlight Parade celebrate Chinese culture with colorfully decorated dragons and floats.

Despite Lan Su’s efforts to cultivate interest in the community, the past two decades have seen a decrease of money and public interest in the preservation and development of Chinatown. Zoning violations, increasing downtown rents, and a lack of concerted effort from development authorities have left Chinatown dilapidated.

“It was different 20 years ago…we were full, always busy,” said Sophie Li of Golden Horse Restaurant on SW 4th and Everett St. “Now, not so much”

“We have 165,000 visitors, and it’s amazing how many of those visitors come down, visit us, and then go right back out of this neighborhood,” said Gary Wilson, director of events and planning for Lan Su Garden. “We need a more vibrant economic base to support that tourism in this pocket. It will help change this neighborhood, and it’s coming, but it’s coming so slow.”

Businesses point toward crime, houselessness and illicit drug use as factors for decreased foot traffic in the district.

Compound Gallery, a high-end shoe store, moved out of the neighborhood to a new space on NW 10th and Yamhill, citing crime and break-ins as primary reasons.

Only a handful of long-standing Chinatown restaurants and businesses remain open.  The buildings themselves are seen as code nightmares by city officials. Many of the old businesses were targets of former city commissioner Randy Leonard’s “HIT squad,” an unofficial committee made up of police and fire inspectors that would selectively target businesses and find 50 or more code violations at once, until the business owners and landlords brought the building up to code or shut down permanently, according to Willamette Week.

Led by former Mayor Charlie Hale, the city proposed a five-year, $57 million action plan in 2014  to renovate the historic district. The plan went unused, and nearly all of its objectives were not met. Of the proposed budget, only $3.6 million was spent. More than $50 million remain in the budget of the city’s development corporation, Prosper Portland, filed under a “Parking & Investment” fund. Prosper helped fund Compound Gallery’s move out of the area, raising questions about their commitment to redeveloping the neighborhood.

Today, much of Portland’s Chinese-American community resides along SE 82nd Ave., in the so-called Jade District and in Beaverton and Tigard. But many wish for a return to a centrally located Chinatown in the heart of downtown. “[Chinese] people don’t even know this is Chinatown.” said Li. “They think the Jade District…no, this is Chinatown.”

Chinatown’s future is uncertain, but any future development would require larger action from the city government. 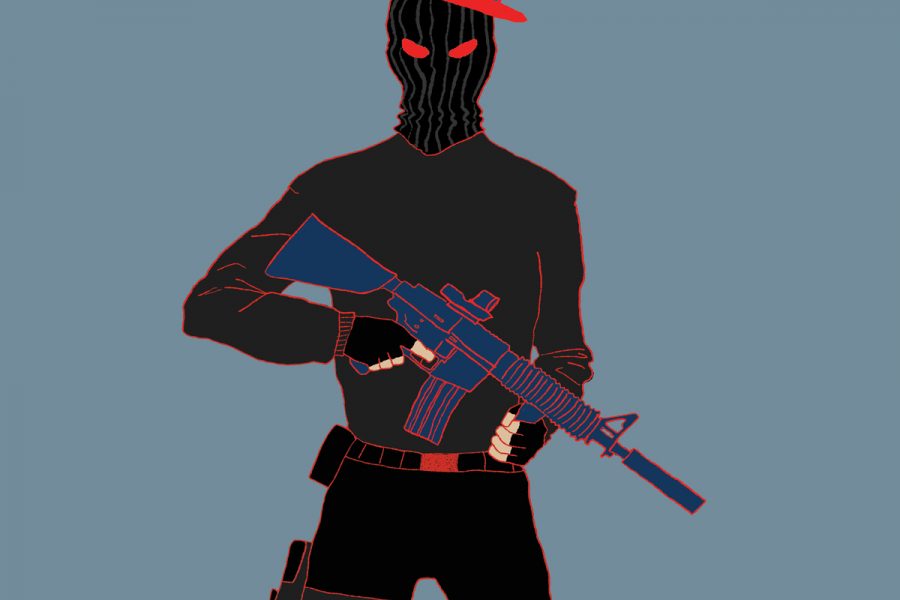