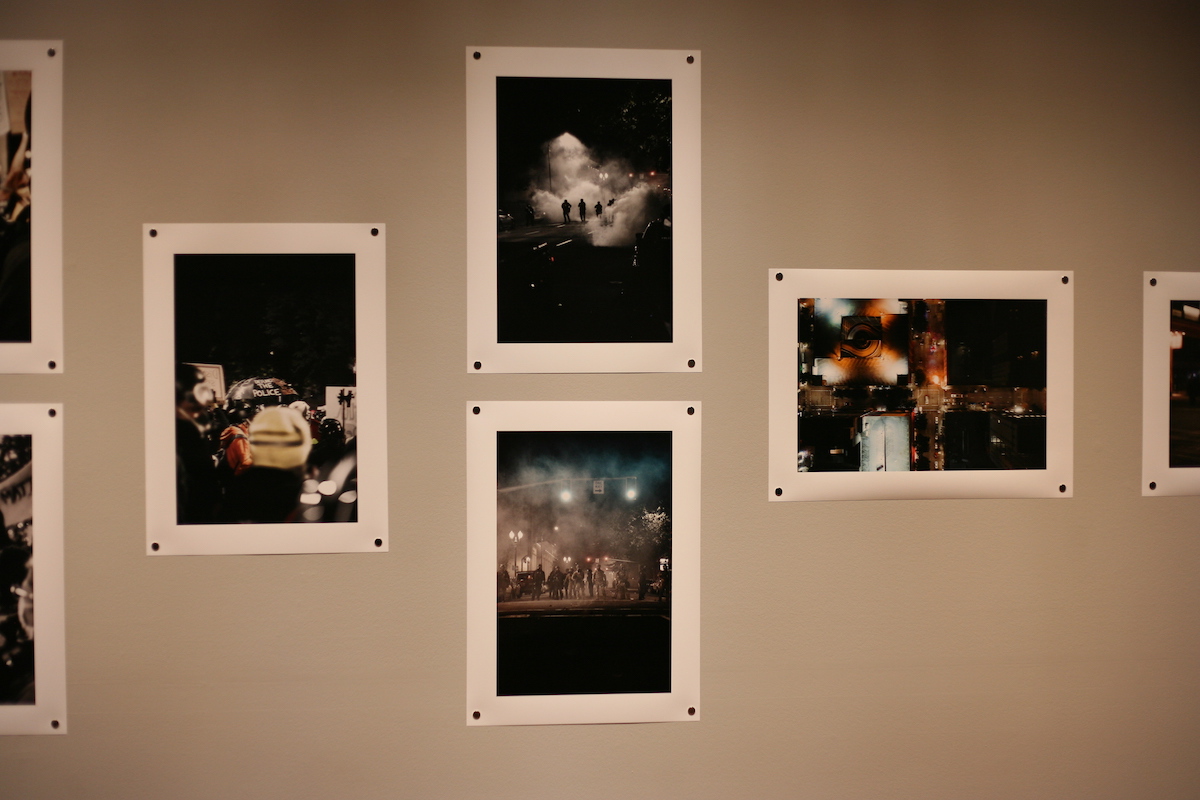 When Minneapolis police officer Derek Chauvin murdered George Floyd, he ignited a worldwide firestorm that would last throughout the summer of 2020. While it was far from an isolated incident, Floyd’s death was a massive awakening for those incited to action by video evidence of the arrogant cruelty of United States policing, particularly against Black Americans.

Portland protestors endured an onslaught of pushback from elected officials and police during the protests. This included, but was not limited to, the Portland Police Bureau’s constant use of tear gas and Donald Trump’s publicity stunt in which federal agents tear gassed and kidnapped Portlanders off the streets in unmarked vans.

Perspectives, a new exhibition at the Portland Art Museum (PAM) from July 16 through Nov. 13, bears witness to this history-making racial justice movement through the camera lenses of Portland photographers. The exhibition features more than 60 works from local photographers of color and creates space for conversations about how systemic racism pervades society.

“The very first day that the protests happened at Peninsula Park and into downtown, when everyone destroyed everything, I was there,” exhibiting photographer Mariah Harris said. “I had no idea what was going to unfold—I never had any protest photographing experience. Turns out, I’m really good at it.”

Born and raised in Portland, Harris typically focused on family and boudoir photography, but in the summer of 2020 was compelled to document a protest happening a couple of blocks from her house.

“I wasn’t prepared for the police brutality,” Harris said. “There’s another activist, Mac Smiff, and he did some quote about how when we first came out, we were out here with hula hoops and flip-flops, then by the end of the summer, we were out here in bulletproof vests, gas masks and wet-wipes—just to get protection from the police.”

She noticed that media coverage often focused on spectacle and chaos. “I’d rather find some Black joy,” she said. All her photos are in color, edited in a similar style to how she edits her portraits—bright saturation with a subtle sepia tone.

“The fact that people are able to express Black joy while protesting Black pain—that’s freaking crazy,” she said.

For the exhibition, Harris self-published a book of her photos. She sees increased support of Black-owned businesses as one of the movement’s wins.

“That positively affected people’s lives because, you know, people want income,” she said.

The seeds for Perspectives were planted as protests were ongoing. Rachael Allen and exhibiting artist Daveed Jacobo work together at Portland’s Village Free School. Allen had been thinking about colonization and eurocentrism in art and cold-submitted a form on the PAM’s website after finding inspiration from Jacobo’s protest photos.

“I want to know what you’re doing to uplift people in this moment—to commit to community, to decolonize art in the museum,” she recalled stating in the email. “Do you have ideas?” the museum wrote back.

What started as an idea for an online exhibit quickly morphed into a guerilla art campaign or an outdoor show in the museum courtyard. As more decision-makers got on board, it ultimately found its place in the main gallery.

A group of Village Free teachers had joined Black Lives Matter protests as schools remained closed due to COVID-19.

“For us, it was connected to school systems and punitive action,” Jacobo said. “There’s been this maturing rhetoric around philosophies of—can we create a better world, that’s not this police state, carceral system—but also of relationships? We’re not here to police each other. We’re here to be in relationship.”

Born in Los Angeles, Jacobo moved to Guatemala after his home was destroyed in the 1984 Northridge earthquake. He recognizes that although his experience as an Indigenous person and son of undocumented immigrants in the U.S. differs from that of many Black Americans, the movement for racial justice offers countless opportunities for solidarity.

“I have very strong feelings around authority and policing in general because of the way I grew up,” Jacobo said. “Ever since I can remember, the police were always an enemy or a danger, a threat.”

At the opening of Perspectives on July 16, Teressa Raiford of Don’t Shoot Portland moderated a panel with the exhibiting photographers. The conversation highlighted the views that informed each artist’s work, from radical abolitionist ideals to more liberal notions of reform and representation. Raiford asked the artists what they hoped viewers would gain from the exhibition.

“Don’t look at it and go on,” Linneas Boland-Godbey said. “Take a second, take a breath, figure out if there’s a story behind it.” Boland-Godbey’s “Masks of Color” photo series highlights the disproportionate effect that COVID-19 has had on people of color.

“People like me are still being murdered at high rates,” Joseph Blake said. “We’re still dealing with brutality in all shapes and forms.” Blake recently graduated from Portland State and finished his student teaching at Sunnyside Environmental School. The protests were the first time he felt taken seriously as a photographer. “Just remember that it’s still happening,” he said.

Emery Barnes, who now lives in New York, wanted to photograph the full range of experiences at the protests—anger, joy, and everything in between. He hopes viewers remember the initial catalyst for the protests. “Why were we protesting, and what can we do to avoid things like this happening in the future?” he asked.

Byron Merritt, an executive at Amazon in Los Angeles, brought his camera downtown during the uprising. His street photography—portraits of people in front of the infamous black wall installed to protect the Apple store—does not capture any protest activity. In addition to his subjects, he was intrigued by the background of the portraits—a constantly-changing graffiti art mural in honor of George Floyd and others killed by police across the U.S.

“One of my mindsets was less about taking people’s portraits,” Merritt said. “It was more about giving people portraits.”

An interesting dichotomy in Merritt’s work is a pair of photos that feature Portland Police Chief Chuck Lovell and other officers standing in front of the George Floyd mural in uniform.

“Art is art,” Portland activist and journalist Mac Smiff said when asked about the photo at the opening reception. “I’m not sure I would take a puff piece photo like that, but understanding some context of how that happened could maybe help it make sense.”

“I just showed up one day and just shot whoever was there,” Merritt said. “I didn’t recognize them when I shot it. Everyone there was there for a reason, and I don’t know what their reason was at that time. I did find it interesting that they were there.”

Asked if he was concerned that it might effectively cleanse the image of the police during an uprising against police violence, Merritt replied, “No, no, that wasn’t a concern of mine.”

“The point of art is to ask questions,” Smiff said. “Being in a museum says, ‘this is over, this is history.’ Confronting emotions through art can be healing and helpful—but it’s still a museum.”

“Hopefully, it’s gonna give hope to people and energy again,” Harris said. “Just reflect on how we’ve come a long way, but we still got a long way to go. We want to tell our own damn history, and we can tell it the way we want to.” 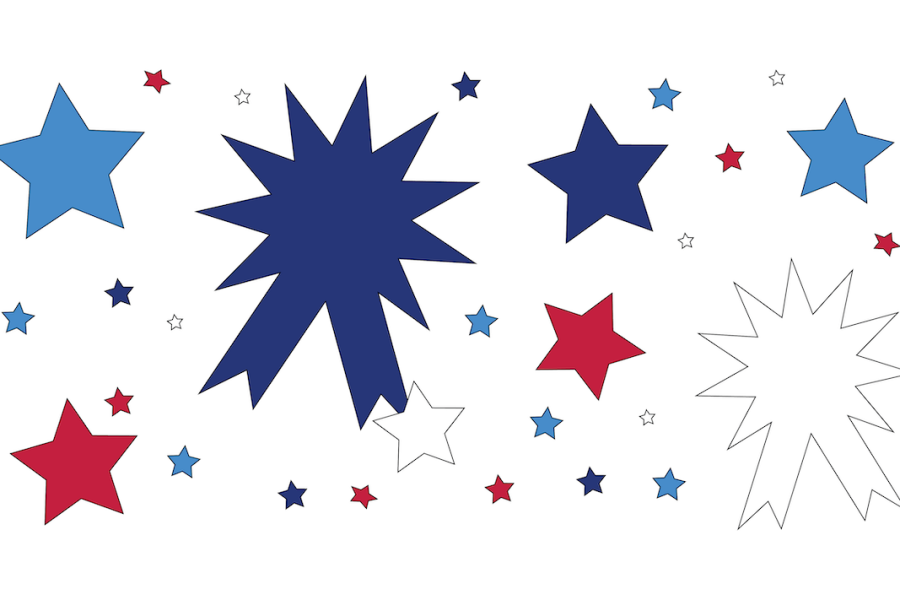 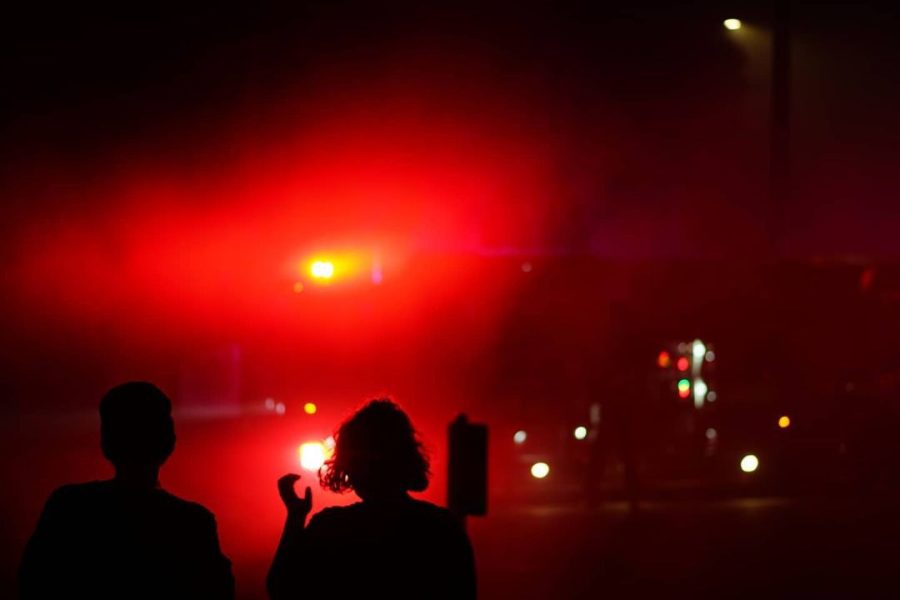 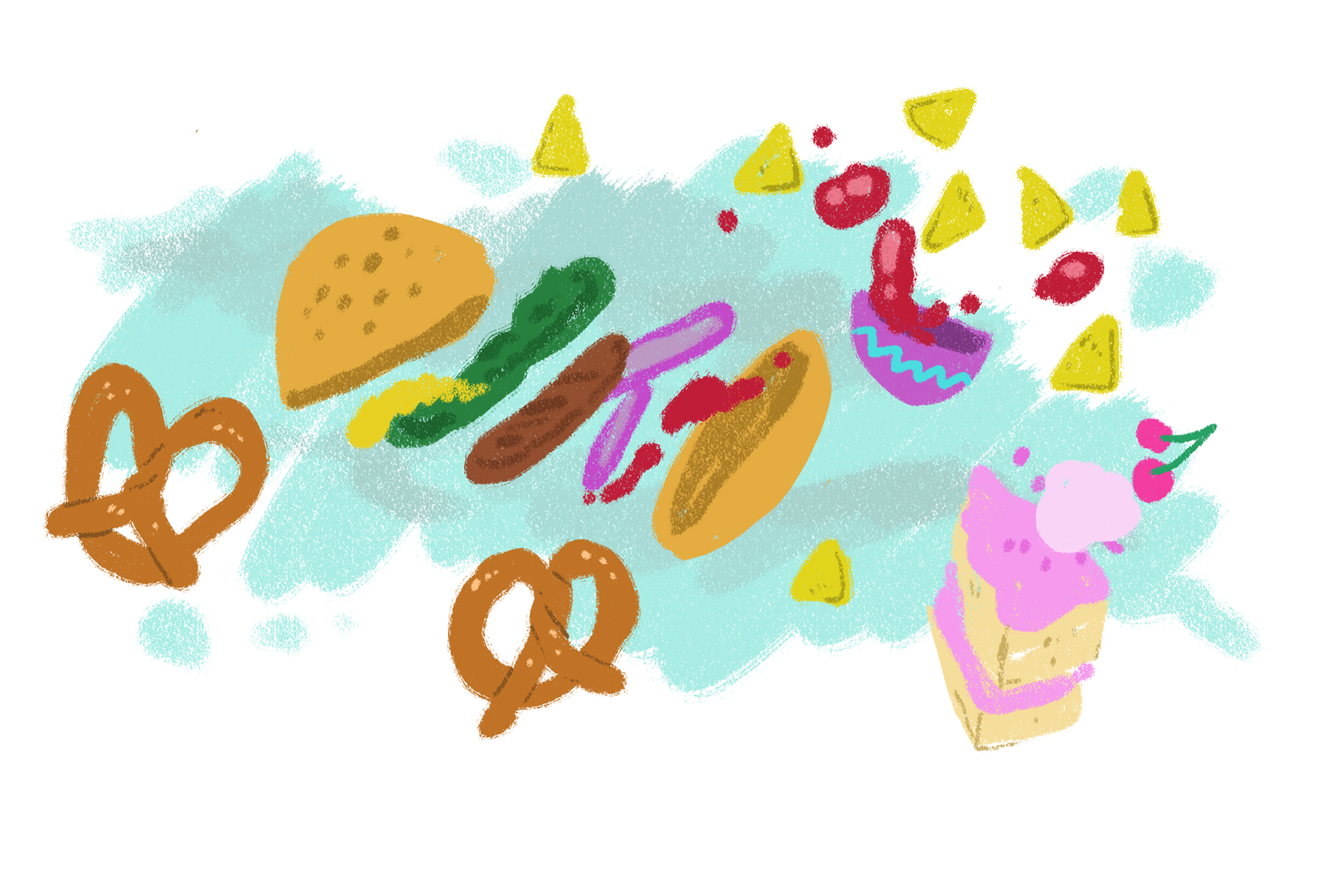