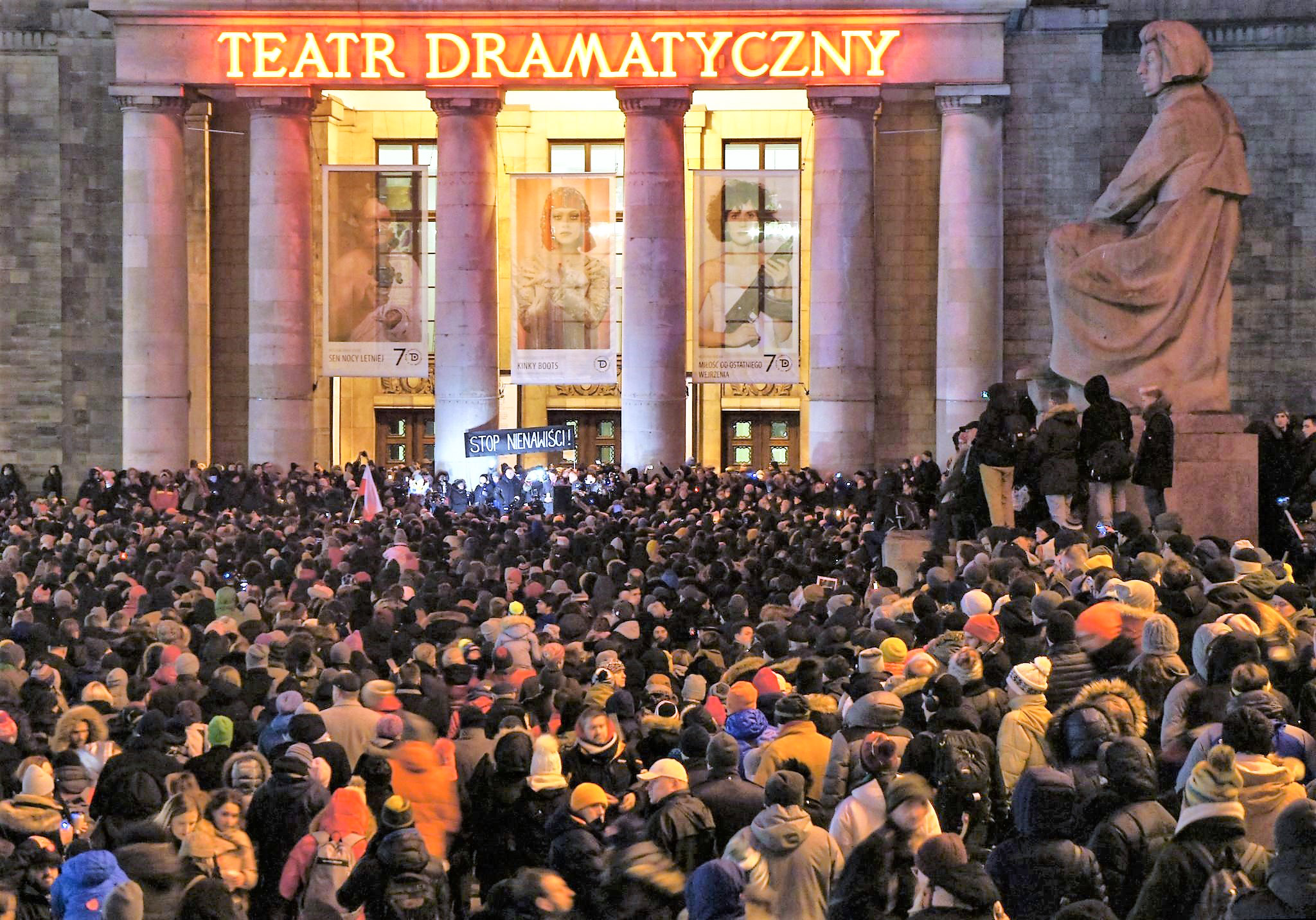 Paweł Adamowicz, the 53-year-old mayor of Gdansk, known for being a leading liberal critic of the populist right-wing national government, was stabbed on Jan. 14 during a televised charity event.

Adamowicz has been the mayor of the northern port city since 1998, where he championed gay rights and campaigned for immigrant rights.

According to The New York Times, police officials arrested the assailant—who has a history of violence and no clear political motive for the assassination—at the scene. The attack took place at Poland’s largest annual charity event organized by the Great Orchestra of Christmas Charity.  Throughout the years, the organization has raised about $266 million to provide medical equipment for underfunded hospitals in Poland.

The event included a laser light show called “Light to the Sky,” which began at the end of a countdown. As soon as the fireworks exploded, a young man ran onto the stage and stabbed Adamowicz multiple times. After the attack, the assailant circled the podium waving a knife in his hand, claiming he had been imprisoned under Civic Platform, the mayor’s political party.

“I was jailed but innocent…Civic Platform tortured me,” the 27-year-old assailant said, who addressed himself to the audience as Stefan. “That’s why Adamowicz just died.”

Stefan was released from prison a month prior to the incident having served a five-and-a-half year sentence for a bank robbery attempt. Police are investigating how he was able to obtain a media pass that allowed him access to the stage.

Deputy mayor of Gdansk, Aleksandra Skorupka-Kaczmarek was among critics who argued the attack is the product of a so-called climate of hate that dominates the political sphere of Poland, and both the Civic Platform and the ruling Law and Justice party are to blame. “Let’s eliminate the aggression from our public life, political life. Let’s not escalate this violence,” commented Kaczmarek. Adamowicz’s wife Magdalena blamed his death on Telewizja Polska, a government broadcasting corporation, for hate speech directed at her husband and for inciting violence.

“But I know [the attack was] the behavior of a man who was in prison and indoctrinated by regime television..this hate, this hatred, he was the fruit of this hatred,” Magdalena said in an interview with Polish web portal Onet.

“We usually disagree with Mr. Mayor Pawel Adamowicz when it comes to political views on how to lead Poland, but today we are with him and his loved ones unconditionally, as are—I hope—all of our compatriots,” Polish President Andrzej Duda wrote on Twitter after the attack.

Tens of thousands of Poles rallied Monday evening with candles and banners to protest the political conflict in Poland, as well as the death of Adamowicz.

Adamowicz, survived by his wife and two daughters, devoted himself to teaching the value of tolerance, holding his city as a progressive model for integrating immigrants. Adamowicz participated in Gay Pride events and stood with the Jewish community after vandals broke the windows of a local synagogue.

Ronald S. Lauder, president of the World Jewish Congress, called Adamowicz “a true friend of the Jewish community,” in a statement of condolence. “Mayor Adamowicz was a leading voice of opposition against far-right extremism,” Lauder said. “This was an attack not just on the mayor, but on the very value of tolerance.”