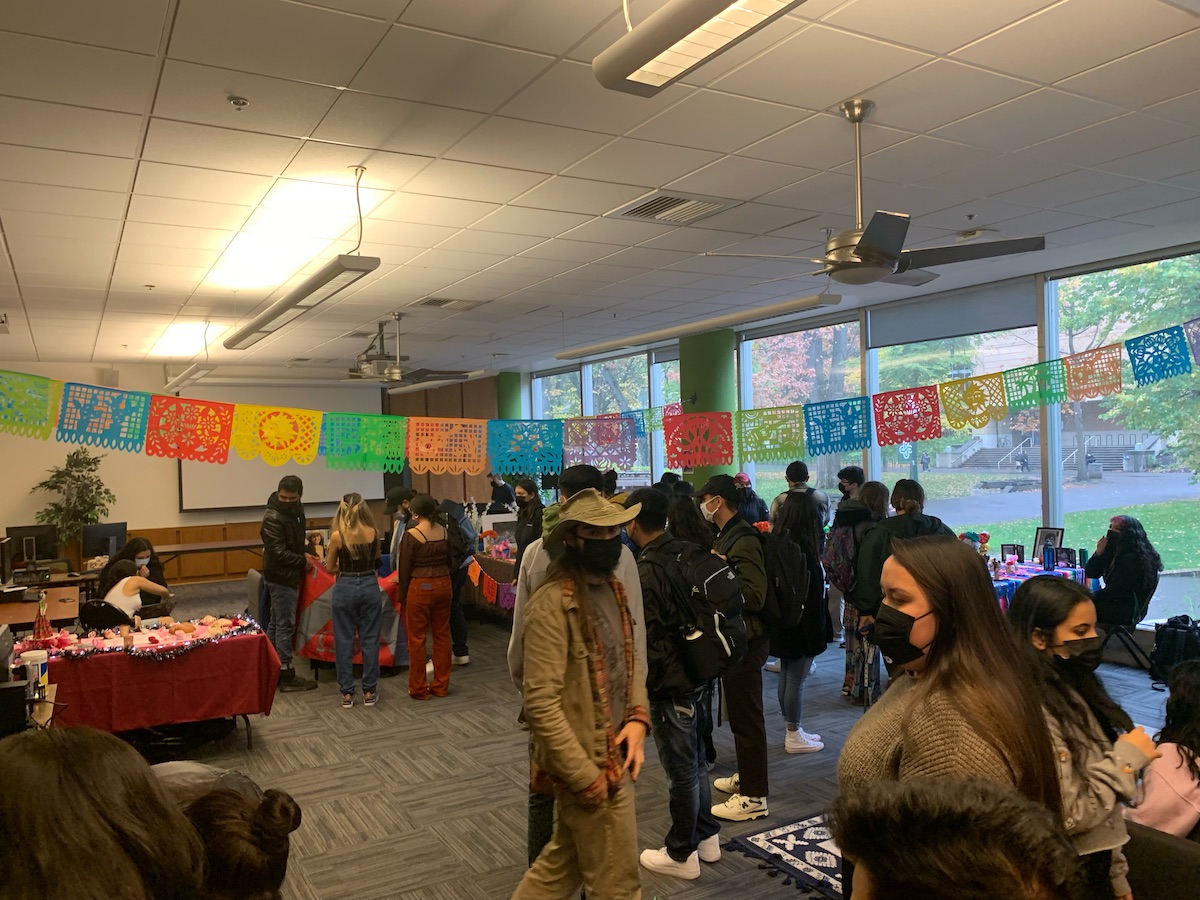 When it comes to the decade-long support La Casa Latina Student Center has provided for students, a physical space on campus for students to reconnect with and bond over their culture is just the beginning. Each year, the space welcomes all people from differing socioeconomic classes and connects students with career opportunities, mentorship and mental health resources.

After students around campus celebrated Halloween, La Casa Latina started their yearly celebration of Día De Los Muertos for the ninth year in a row. This year’s celebration looked much different than last year’s remote event, which occurred during the height of the pandemic. Despite this, because of the isolation everyone felt, La Casa Latina tried their best to work with the limitations.

In 2020, students hopped on Zoom, shared their own altars for Día De Los Muertos and walked everyone through their culture—a unique connection never done for prior events. Historically, the celebration would have taken place with live music and shared food eaten together.

Even though campus is back to in-person events, Portland State University’s current guidelines require checking vaccination status and tracking if there are any people who are not students attending, since vaccinations are mandatory for students. Additionally, because eating or drinking is not allowed in non-specified areas, catering was a challenge.

With COVID-19, the Center itself changed greatly, as much of the programming team from the last year have graduated, and some of the current team will graduate this coming year. The programming team is used to a constant rotation, but this term is looking to be the last with one of the community staples—Pedro Torres, the current Senior Programming Coordinator at La Casa Latina.

While difficult, Torres has continually given back to his community. Torres said he is looking forward to the future for Casa when he passes on his role.

“I’ve learned that there are many ways to celebrate one’s culture and identity,” Torres said. “Something else I have learned is that, as a culture, we are very resilient—and I know that term gets used a lot but I feel that at the same time Latinx students are some of the best student leaders.”

For campus after COVID-19, Torres expressed hope that the Latinx community at PSU will continue to build relationships and “take an even bigger leadership role on campus, whether students, staff or faculty.” In addition, Portland State is the only place in Oregon where students can earn a certificate in Chicano/Latino Studies.

“[The certificate program] is ready to grow, and that is a very positive thing [as] PSU becomes a HIS (Hispanic-Serving Institution),” Torres said. “After [COVID-19], I think people are ready to come back, get to work and continue on their path—and, most importantly, have fun as a community with student groups and with friends.”

The programming team’s presence on campus has been entirely remote and run by four students—three returning and one freshman—all from Latinx backgrounds. However, only one of the students had been a part of the team prior to the COVID-19 pandemic. Tatiana García, the longest running member of the team, was also the only one who had physically worked in the office prior to the shutdown.

As a student programming assistant, García attended the events and discussed the numerous changes made, including last minute adjustments based on PSU’s vaccination and tracking. At one point, Casa was unclear if it was even possible to have the event, since the fall term seemed so up in the air. But, with roughly 15% of students at PSU identifying as Hispanic or Latino (as of 2019), La Casa Latina felt it was extremely important to host the event.

“Our team debated back and forward for quite some time on what we wanted our Día De Los Muertos event to look like this year,” García said. “Given the uncertainty of the pandemic, it was definitely hard to plan for most of it. At points, it felt like the event wouldn’t even happen at all.”

La Casa Latina wanted to ensure it was a safe but authentic event in order to maintain their vision. The team all agreed.

“This has always been one of La Casa Latina’s biggest and most popular events,” García said. “It has always been a favorite of ours because we get to share a cultural tradition with people from all across campus and the community who excitedly come to celebrate with us. The pandemic has caused many of us to feel isolated and I hope that by hosting events like these, we inspire people to show up, celebrate and have fun with others.”

One of the biggest obstacles in Casa’s path was how to hold an event where culture is shared through food without being able to eat. This year, they connected at the last minute with an independent caterer—TJ Sheridan—who was interested in the project due to his own connection to the culture and food. Sheridan wished he could have attended, but was happy to contribute food in a meaningful way.

Following PSU’s guidelines, Sheridan created a menu with single servings of tamales, enchiladas and quesadillas—with vegan, vegetarian and meat options—so that more students were able to take things home. That was new to this year, but Casa hopes it will become a regular occurrence.

Speaking to the catering team, and how they managed to pull it off late with a small team, Sheridan shared about his connection to the food and how personal it is.

“To me, Mexican food has always been my biggest connection to my family and culture,” Sheridan said. “It really inspires me and grounds me. [It] lets me remember where I come from and carry on food traditions my ancestors started. It was really amazing to be able to cook for Casa as a way to share that with a community of people who might feel the same way, who are part of the same age group…and maybe people who, through dietary restrictions, don’t always get that chance.”

La Casa Latina’s event projection was roughly fifty people. During planning meetings, the discussion of COVID-19 was taken as a huge contributing factor to lower attendance—but, when the final headcount and sign-up sheet was done, there were roughly 130 people who came to the event to partake in culture, sharing and community.

This is La Casa Latina’s first event since the reopening of campus, and reminded them of just how much of a need there is for an on-campus presence for the Latinx community. As the school year continues, La Casa Latina confirms that this is the first of many events that will follow PSU’s safety guidelines provided by the school, and they cannot wait to share those with the community.

Editor’s note: the author of this article is a student volunteer worker for La Casa Latina Student Center. 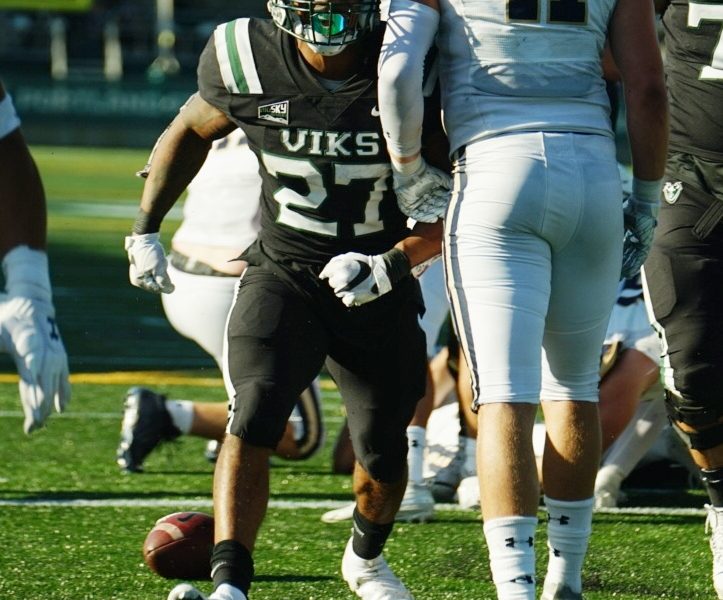 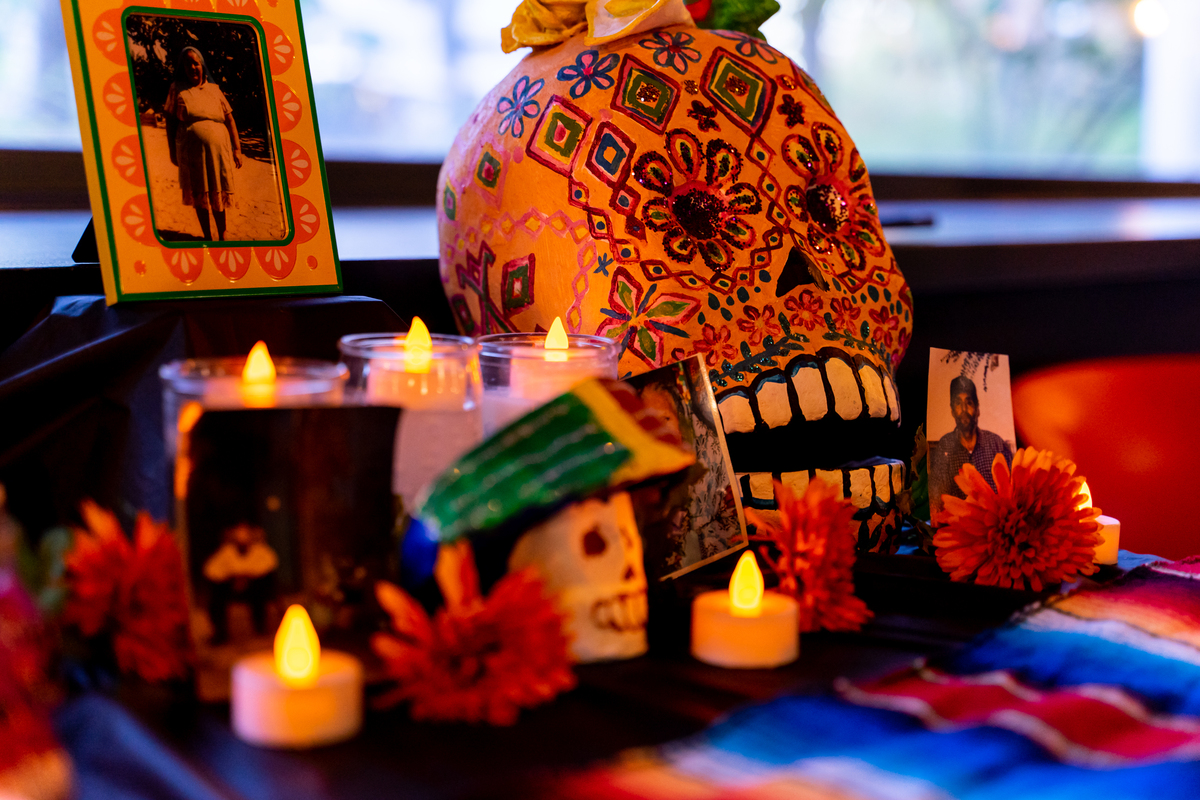