After years of failed attempts to hammer out solutions, Portland State and the American Association of University Professors have reached agreement on a new labor contract.

This four-year contract, which will expire on Nov. 30, 2019, is the result of meetings that amounted to 400 hours of bargaining over the course of 10 months. The contract addresses multiple issues, which include a two percent salary increase for year one, annual cost of living increases, salary market adjustments for tenure and non-tenure track faculty and sabbatical pay increases. The updated contract covers a four-year instead of a two-year term.

AAUP and PSU both had eight members present at the bargaining table. PSU Director for Academic Employees and Labor Relations Carol Hawkins was among those members, and was present for all 400 hours of bargaining.

“The bargaining process is really a problem solving method, so when a particular area would come up we wanted to discuss, we would work toward problem solving tests,” Hawkins said.

Each side would say what their interests were for a particular topic, and would determine what data needed to be collected in order to discuss those interests. Once that brainstorming was done, the bargaining units would move on to data needs in order to inform the interests that were being discussed. Bargainers would then generate options based on the data retrieved.

“The idea with option generation is that we would try to get options that would meet the greatest amount of interests that had been expressed in earlier brainstorming sessions,” Hawkins said.

From there the bargaining units would rate each option and work toward creating an option or solution that worked for everybody.

“The primary purpose of my job is building better relationships through the union and working to proactively resolve issues,” Hawkins said. “The idea is to work with the union and come up with solutions so we can move the campus forward.”

Champion is a senior, the senate chair of ASPSU and was the student representative for AAUP.

That is not what happened.

“There were times when my personal opinions were different than the union’s, and where I agreed with what the administration said,” Champion said.

Champion said that before starting the bargaining process, she did not know what to expect. She credited the administration representatives she encountered throughout the process for the attitude they brought to the bargaining table.

“They seem very far away; most students don’t get to know them,” Champion said.

Noll served as PSU’s student body president for the 2014–15 academic year, and is currently working toward his masters in public policy.

“Two years ago when the faculty declared impasse and later voted to authorize a strike in negotiation, I had the opportunity to be part of those end negotiations as well, so stepping into the training session on this interest based bargaining process was interesting, and a new approach,” Noll said.

Noll said that the atmosphere at the beginning of the bargaining process was one of caution and hesitancy, because neither team wanted to repeat the impasse from bargaining two years prior.

“I think both teams were very optimistic at what this new bargaining process would entail,” Noll said.

Both Noll and Champion commented on the high level of satisfaction both AAUP and PSU felt after the bargaining process was over.

“Watching this process was better than any class and helped me understand the inner workings of the university, faculty life at the university, how they operated, and what implications their contract has for a variety of services and classes,” Noll said.

Noll is now more interested on focusing his studies on negotiation practices as a result of his involvement with the bargaining process.

“I hope that moving forward this attitude toward interest-based discussion and being able to talk about the interests that motivate both AAUP and the administration continue, with the ability to speak to interest when approaching issues that affect our university as a whole, and continue to build that relationship to at least pursue collective problem-solving beyond what we see in the contract negotiation,” Noll said.

The parties will continue to conduct interim bargaining on a variety of outstanding issues. 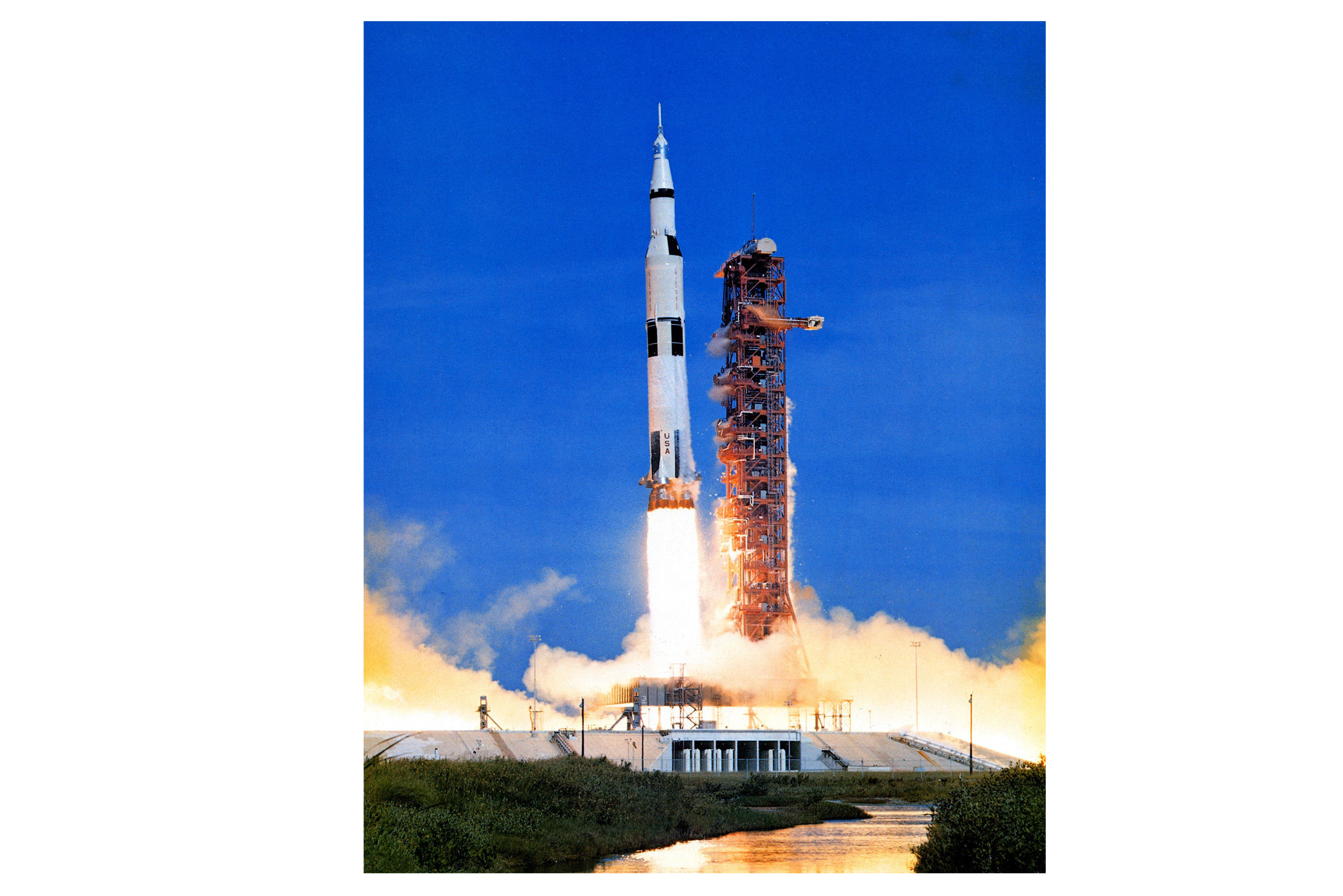 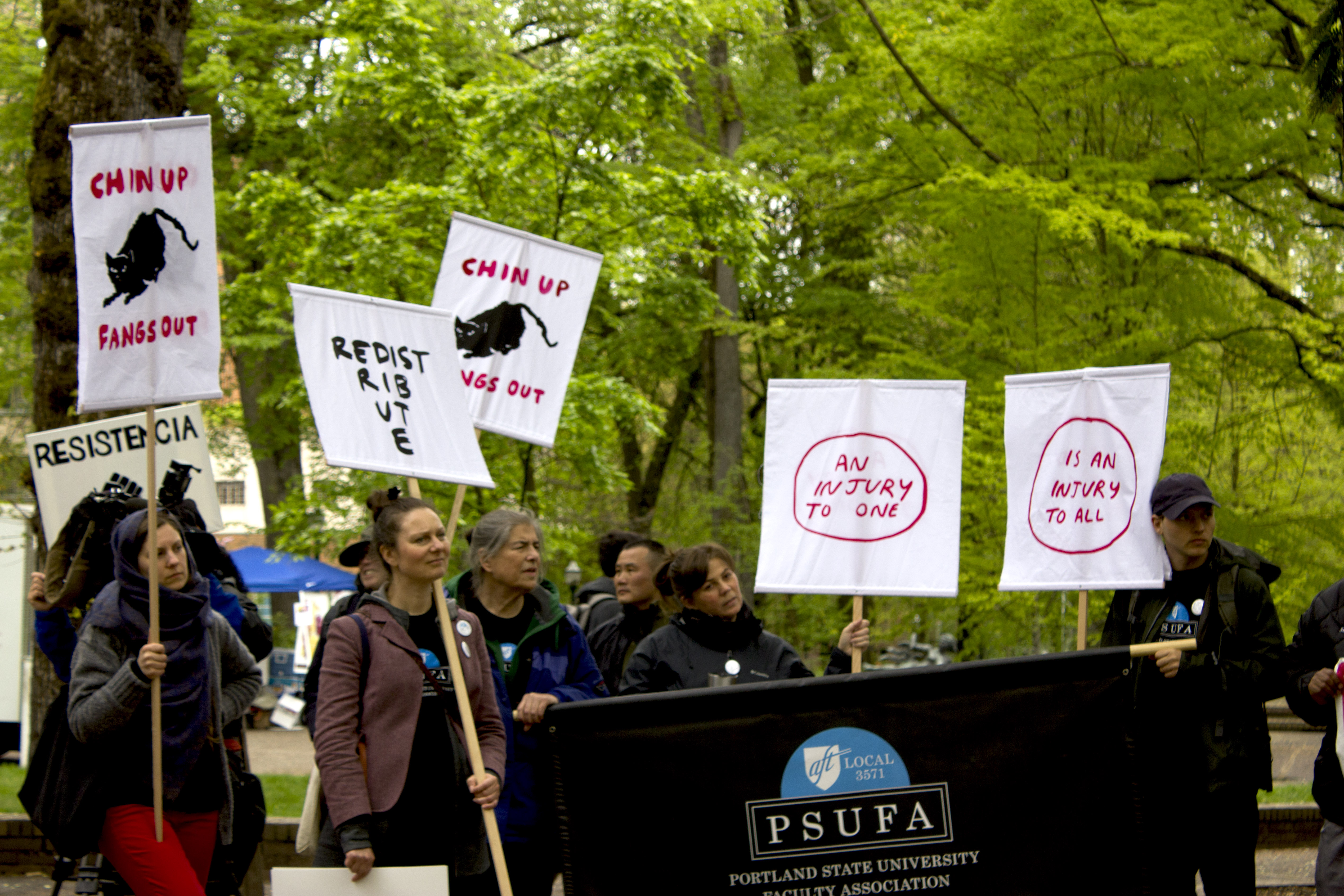 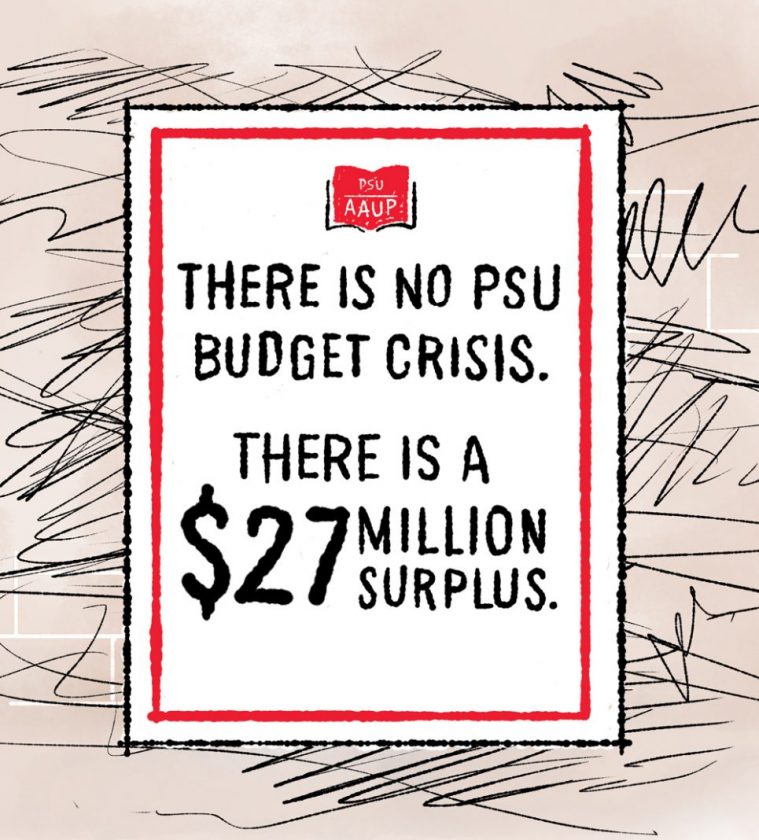