“Lisa. Dear, sweet Lisa,” people have said. “What is wrong with you?”

Oh nothing, just a quasi-Catholic upbringing on the East Coast, NO BIG DEAL. JUST DON’T LOOK OVER HERE WHILE I LOOK AT PICTURES OF JOE BIDEN, ‘KAY?

I’ve decided that enough is enough. Vanilla, in my opinion, is pretty delicious, but maybe it’s time to try some rocky road. I’m here for you guys, my fellow prudes, to start the painfully awkward journey toward enlightenment. I might die of embarrassment along the way, but I suppose that comes with the territory of hard-hitting journalism.

What’’s the difference between an STI and an STD?

Well, there is no difference except for, I suppose, a stigma thing. Saying “infection” rather than “disease” makes it more clinical—less about moral “filth” and more about the objective realities of STIs. Using the term infection makes it easier to talk about—and prevent—STIs. If you’re squeamish about things, you’re less likely to talk about them and therefore less likely to seek out information. So go on with your bad selves and talk about syphilis. But not with your idiot friends. Talk to a doctor or something. Prevention is a lot easier when you can talk about this shit.

BUT QUICK LOOK OVER THERE WHILE I START BLUSHING FURIOUSLY PLEASE.

WTF is a dental dam?

In the immortal words of Lil Wayne: Safe sex is great sex. To be fair, I don’t think that, given his history, he’s prone to take his own advice. Hypocrisy aside, he’s not wrong. Wrap it up, no glove no love. Condoms are great. The pill is your friend, etc., etc.

But there are other methods of staying safe that I didn’t know about. I did, after all, attend high school in the Bush era. I heard more than once, “Abstinence is the only method of prevention that is effective.” Which—just…no.

There is also such a thing as a dental dam. While it sounds, at first, like I’m referring to that gross, thin piece of rubber dentists lay over your mouth before they dig sharp things into your gums and ask you weirdly invasive questions about your life, I am, in fact, not.

What, you may ask, is a sexy-time dental dam? Oh, just a gross, thin piece of rubber you should use while performing oral. So basically, it’s the same thing dentists sadistically shove into your mouth—rubber glove taste and all—but you use it to prevent the spread of STIs during oral. Awesome!

Dental dams are great for when you want have sexual encounters but haven’t been tested recently enough or, hell, if you just don’t feel comfortable not using protection. They’re available at Planned Parenthood and Portland State’s health center, and you can buy them at places like Walgreens if you so choose.

You can also make your own out of either a latex glove or a condom, so you can keep the DIY spirit of Portland alive while staying safe with that guy you met at the Dirty. (Please don’t go to the Dirty.)

What’’s up with butt stuff?

Did you guys know that this is a thing? Butt stuff? I knew about mouth stuff and hand stuff, but butt stuff is a whole new ball game. It’s like…okay, stuff goes out of the butt. Why would you put stuff in the butt?

But, after talking to a local sexpert—that is a thing, apparently—I’ve discovered a whole new world.

Well, the populist jury is still out on the whole pleasure thing for women—the clitoris is not a unicorn, guys, it’s real—but science says that your brown tunnel is full of really sensitive nerve-endings. It is also possible, according to said sexpert, to stimulate the g-spot from behind.

That being said, you can’t just dive in blind. Butt stuff takes preparation, open discourse with your partner and lube. Lots and lots of lube. Make sure you lay a towel down.

Polyamory: where do all the limbs go?

So, like, apparently there are people out there who date more than one person at a time, and their partners are okay with that. Polyamory comes in many forms, but the essential idea is that not all humans are monogamous, so non-monogamous humans should not be expected to be, you know, monogamous. Sounds like a party. Sex with lots of people! No consequences!

But that’s actually not what polyamory is about. Weirdly enough, polyamorous people are human! They fall in love too. It is not about having a good time or hooking up with randos. After talking to a polyamorous couple, it has come to my attention that, though it’s not always easy being poly, it’s about practicing open discourse and honesty with someone you love. Talking openly with someone you care about? Weird.

You know, I feel like I’ve learned a lot. People like different things! There are holes and STI-prevention methods I never knew existed! It’s funny what being open and honest will get you.

I still have tons of questions, though. Like: what makes one a “sexpert”? How does one talk dirty? What is an Eiffel Tower, and why did my ex get mad when I said I didn’t really care for it when I visited Paris?

To be honest, though, I’m pretty comfortable turning my animals toward the wall and keeping the lights off. So I’ma do me, and you do you, boo.

For more information on sexual health, visit the SHAC website at pdx.edu/SHAC/center-for-student-and-counseling. 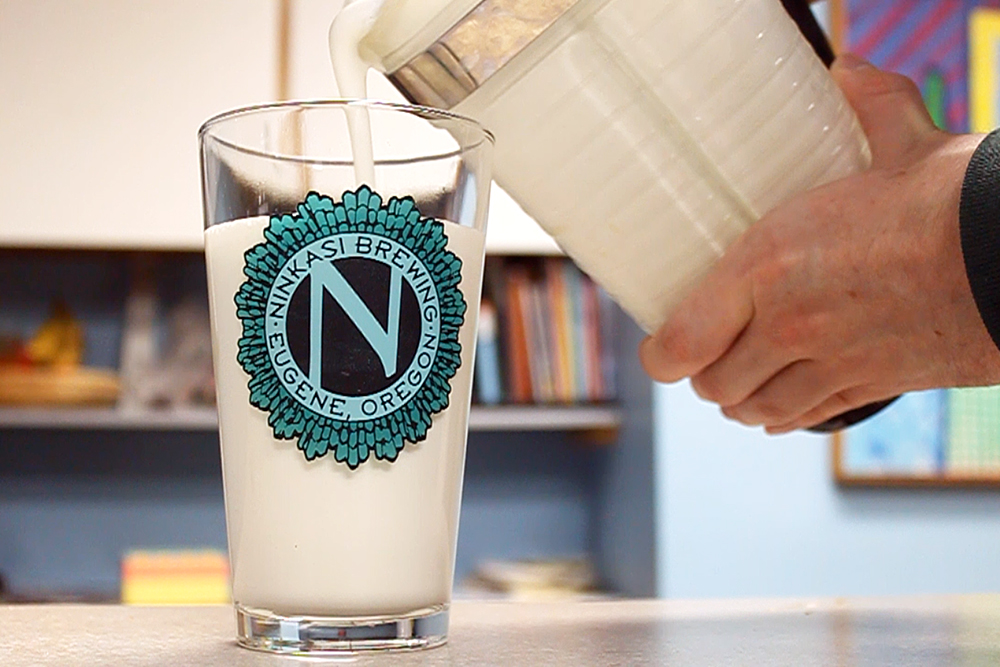 Take the stage and talk hard