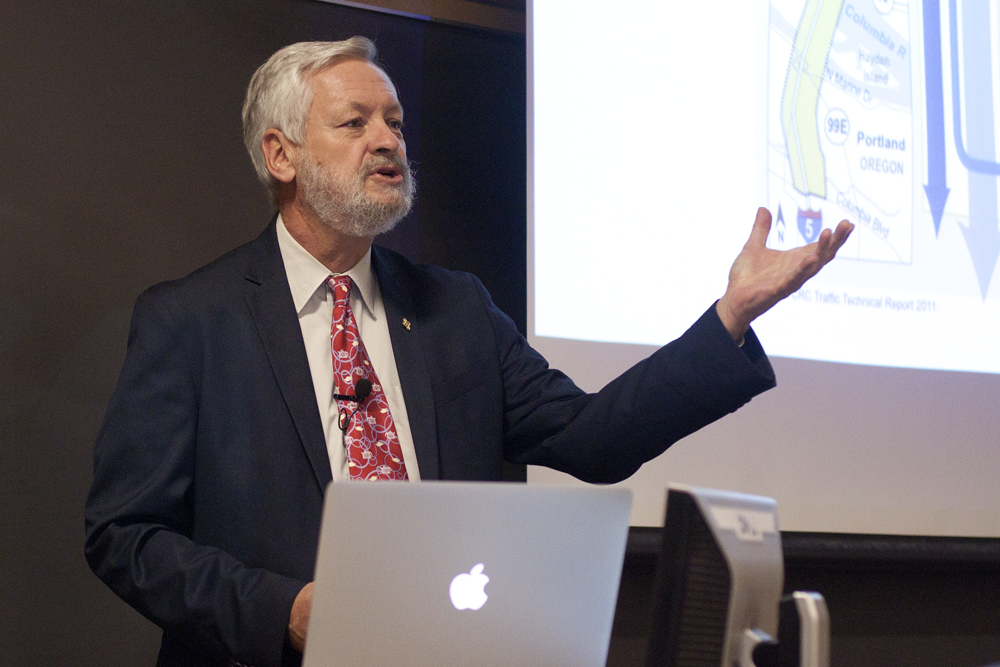 The Columbia River Crossing project was canceled in 2013. Former Portland Metro councilor Robert Liberty gave an inside look into the project’s most glaring weaknesses—as well as design decisions that helped or hindered other infrastructure projects like Tilikum Crossing and the Sellwood Bridge—at “Three Bridges,” the latest entry into the Portland State Transportation Research and Education Center’s ongoing Friday transportation seminar series.

The event was streamed live and open to the public in the Urban Center Building, where it ran from noon until 1 p.m. on Friday, Nov. 20.

One major issue with the Columbia River Crossing project was a narrow focus on congestion on Interstate 5 near the Columbia River, at the expense of other problem areas in the region, according to Liberty, who now works as the director of PSU’s Urban Sustainability Accelerator.

“The way the questions are asked and the way the solutions are proposed always leads to the same kind of [solution], which is ‘build more of something,'” Liberty said.

One of the root causes of this trend is a tradition in government decision-making to favor expensive, large-scale solutions with high visibility without thorough consideration of more cost-efficient alternatives, according to Liberty. This problem exists all over the U.S., he added.

“We end up with decisions like we saw with the Columbia River Crossing proposing a 3.6 billion dollar project, ultimately spending 200 million dollars talking about what to do and not having anything to show for it,” Liberty said.

Conversely, Tilikum Crossing was a more effective project in that it extended TriMet’s existing transit systems, according to him.

“The thing that stood out for me was [that] they actually used their process to make the bridge more attractive and cheaper,” Liberty said.

The bridge was built on a $127 million contract, according to the article “TriMet board gives greenlight to Portland-Milwaukie Light Rail bridge funding” in the Oregonian.

Public transit projects are not necessarily good ideas, however, he added. In the case of the Columbia River Crossing project, the acquiescence of some Portland progressives to widen I-5 as a means to the end of bringing the light rail to Clark Country was patronizing, according to Liberty.

“It’s not a white elephant gift exchange,” Liberty said. “This is a major public policy debate; I want partners that see this as benefiting them.”

Liming Wang, an assistant professor of urban studies and planning at PSU’s college of urban and public affairs, said that the college was happy to have people like Robert Liberty available to speak to its students.

“I rarely get a kind of first-person perspective into how this decision was made and…[an] inside take of what are the pros and cons, missed opportunities and so on,” Wang said.

Wang is one of the instructors that hosts the events for students attending the Friday transportation seminar series for credit. The series is an opportunity for students from engineering and urban planning backgrounds—as well as members of the public—to learn about a wide variety of transportation issues, according to him.

“The makeup of the instruction is we have a faculty member…from planning and then another faculty member from transportation engineering…we kind of co-teach or co-host the series,” Wang said.

Justin Carinci, communications director of the PSU TREC, said that this seminar stood out because of Robert Liberty’s distinctive perspective on transportation issues.

“I’m always interested in what he has to say—his take on anything,” Carinci said.

The series—which started 15 years ago—is mostly archived online and serves as a public knowledge base for transportation information, according to him.

“The one main theme and the idea that’s stayed with the seminar series through all those years is that it’s this transportation embodiment of the ‘Let knowledge serve the city’ motto of Portland State,” Carinci said.

The diverse topics addressed in the seminars give students insight into the intersections of policy and engineering—things that students might not otherwise learn in their respective programs, according to Carinci.

“If you’re just confined to one area and you can’t work with people who come from different backgrounds, you’re not going to be as employable,” Carinci said. 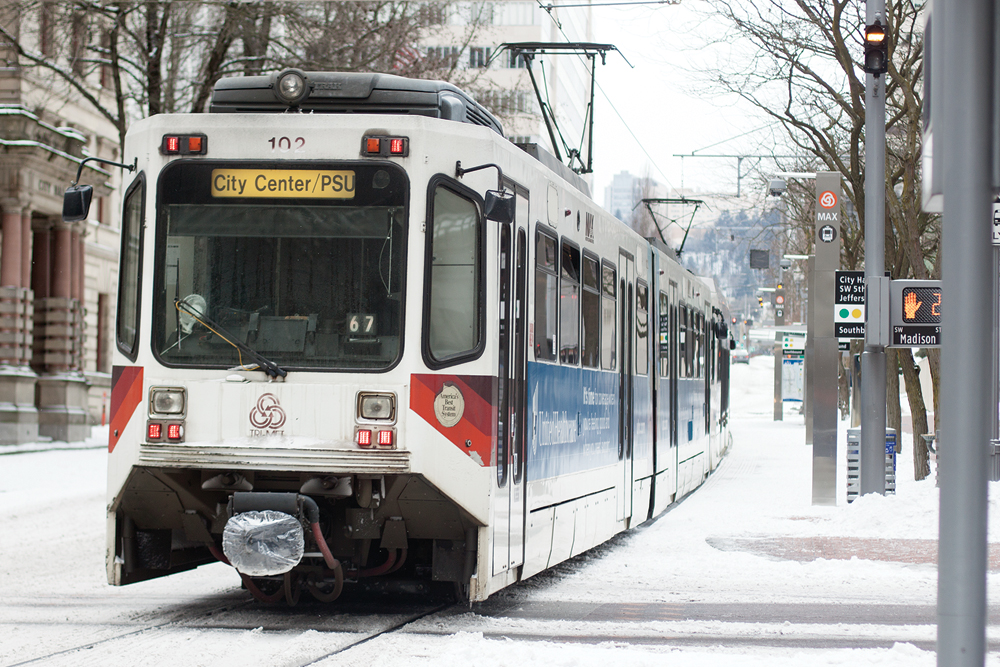 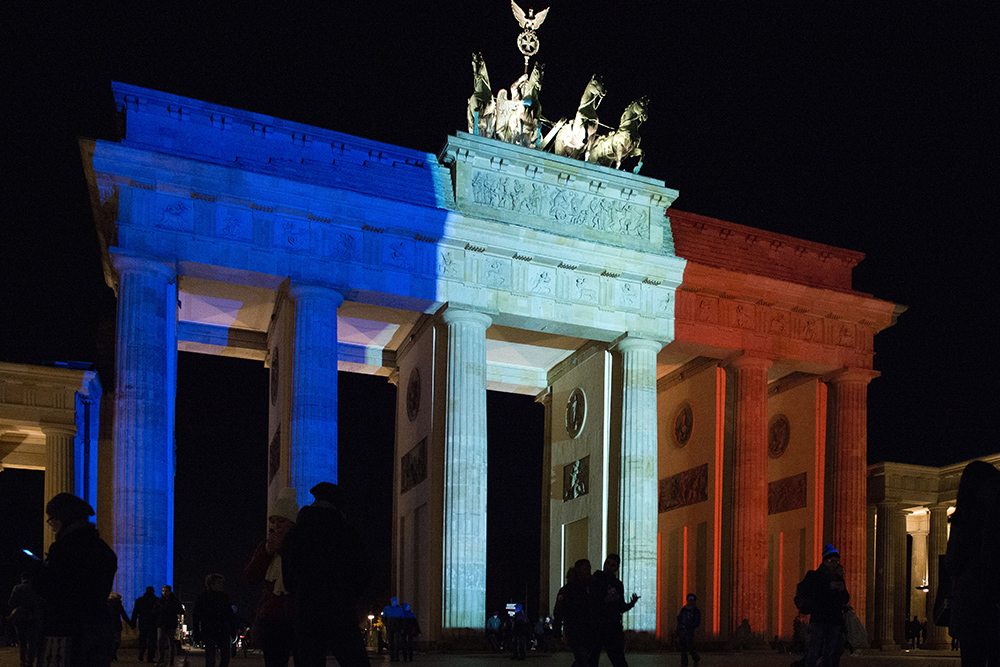