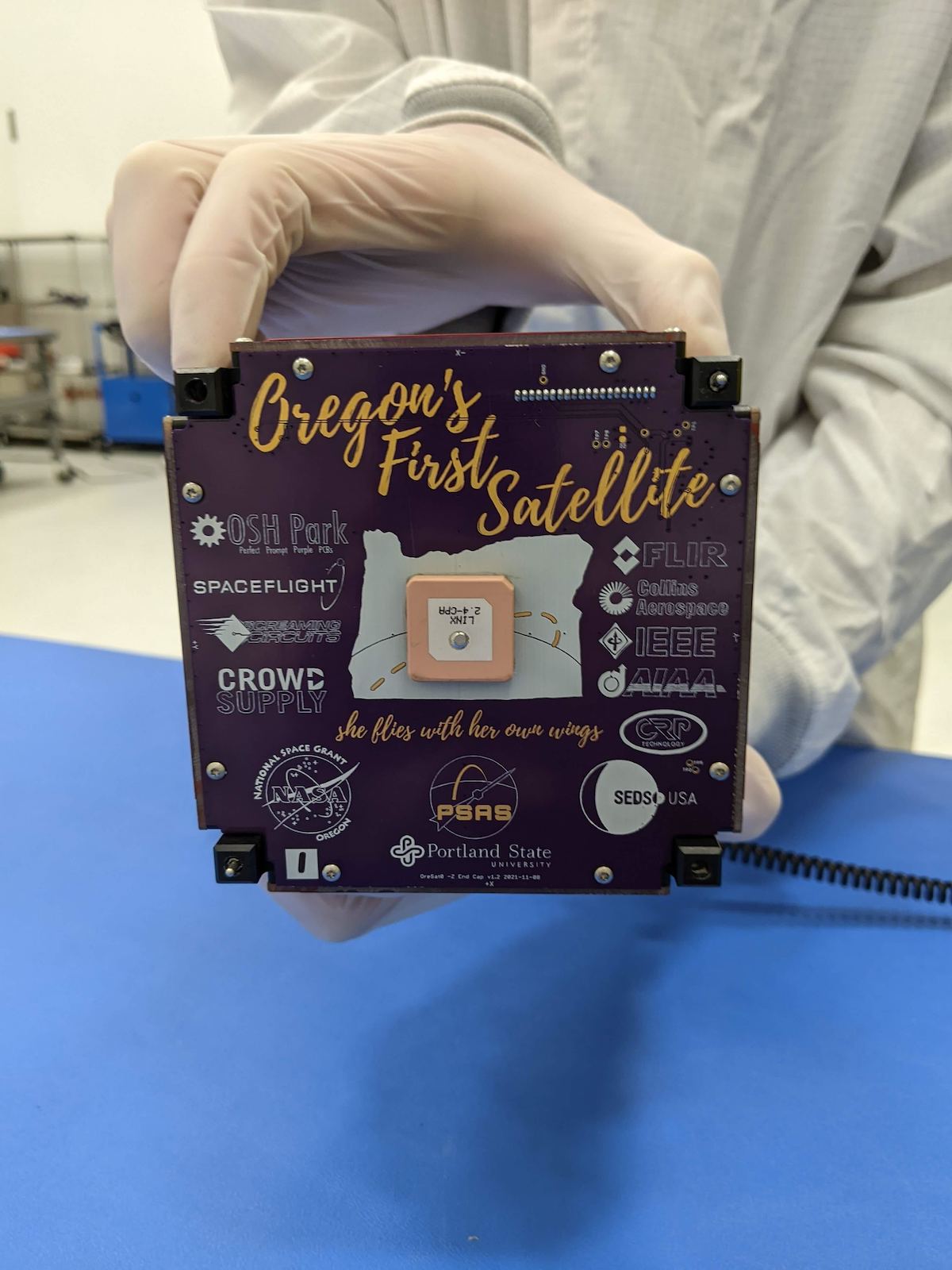 On the beautiful, calm morning of March 15, 2022, Kodiak Island saw a hint of overcast weather, and later witnessed the launch of Astra rocket LV0009. Inside, the rocket deployed to space was Oregon’s first satellite, known as OreSat0.

The OreSat project commenced five years ago when the Portland State Aerospace Society (PSAS) was accepted into NASA’s CubeSat Launch Initiative, a program designed to give access to educational institutions and non-profit organizations. As a fully open-source CubeSat satellite system, OreSat was built in-house at Portland State University with collaboration between multiple schools, including University College London and University of Maryland, Baltimore County.

As a 1U—the standard unit of measurement for these satellite projects—the OreSat0 satellite is 10 centimeters on each side. Similar in dimensions to a tissue box, the satellite is still equipped with many functional systems, such as an amateur radio system, cameras, solar panels and batteries.

In addition to being the first step towards a series of bigger, more ambitious student-built satellites, OreSat0 will also be the pioneer for the modular, expandable, open-source and education-friendly CubeSat system.

Creating OreSat0 was not a smooth journey.

“Any kind of deployable [satellite] is hard, because it’s in space and it’s difficult to test it in space or zero-g,” said David Lay, a senior electrical engineer at PSU. “There are also concerns about vibrations and thermal reactions. Specifically, the deployable antennas were the biggest hurdle for us since it’s a deployable mechanism and they had to spring out whenever we gave the command.”

Originally designated to ride aboard a SpaceX Falcon 9 rocket in early Jan. 2022, OreSat0 was taken off the intended rocket due to a fuel leak in the propulsion system several weeks prior to the launch.

“We had a lot of delays,” explained Emma Levy, senior mechanical engineer at PSU. “First time we had it ready for launch we had to take it back owing to some issues. Second time we all thought we got everything done, we had to take it back again. The most challenging part was to remain optimistic and remain excited about the project. But thankfully a lot of folks were patient and continued to contribute.”

The setback was only temporary, and soon OreSat0 was booked onto another flight into space, this time becoming part of the Astra-1 mission, named after the launch provider for OreSat and other independent satellites.

Currently, the satellite is in a sun-synchronous, low-earth orbit at 525 kilometers, meaning that it will never reach the dark side of the Earth. It is expected to remain there for 3–4 years until it re-enters the atmosphere. As OreSat0 is orbiting in space, PSAS is looking towards the next generation of satellites.

“We’re kind of building up a few of our key different subsystems,” said Hayden Reinhold, another senior mechanical engineer involved in the project. “Our main mission is OreSat1, [the satellite] that contains our science payload.”

However, Reinhold said that the team will be making technical improvements based on the first prototype, as they approach OreSat0.5, including the attitude control and determination system, reaction wheels and as well as a helical antenna that communicates with the OreSat live payload.

“It’s a gradual process of working up to the most complex OreSat1,” Reinhold said.

The main goal of the group is to launch a one-kilogram nanosatellite on their rocket made in-house. Although it may seem like a lofty goal, the idea has been the impetus of years of development undergone by different interdisciplinary teams of students throughout the club’s existence.

However, PSAS isn’t all about satellites. Before OreSat0 was conceptualized, PSAS focused on building amateur rockets from scratch.

Beginning as an off-the-shelf rocket kit, the launch vehicle titled LV-0 was PSAS’ first attempt at spaceflight. Compared to the current rockets that PSAS tried and tested—which have reached more than 15,000 feet in altitude—LV-0 paved the way for the current iteration of PSAS’ rocket prototypes, inspiring decades of hard-working, creative students behind the program.

“We started out with ideas and revisions but now we’ve gotten [our goals achieved],” said faculty advisor Andrew Greenberg. “We have something in space and it’s cool. And we’ve got the history of doing spirals and learning…we’ve now got [over 30] people in the aerospace industry.”

According to Greenberg, contributors don’t have a problem getting jobs due to the amount of interdisciplinary experience they receive working on PSAS projects. Looking back at the creation of OreSat0, Greenberg expressed his pride for the process and the team.

“Consider getting involved, too,” Greenberg said. “Even if you don’t feel like you can, as long as you are enthusiastic, there are roles to play, whether you are technical-minded or not. PSAS is available to everyone and we could use the help. We’re going to keep building more rockets and satellites.” 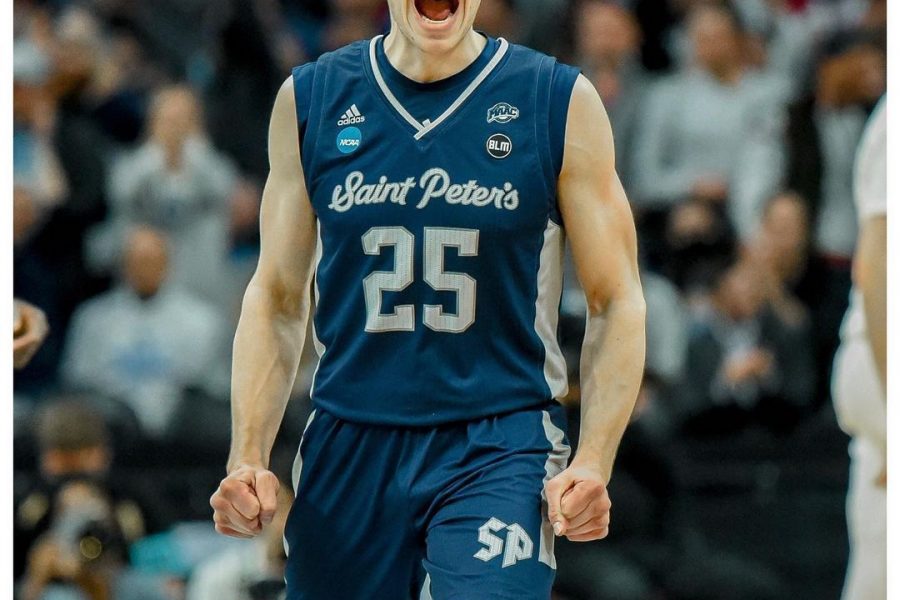 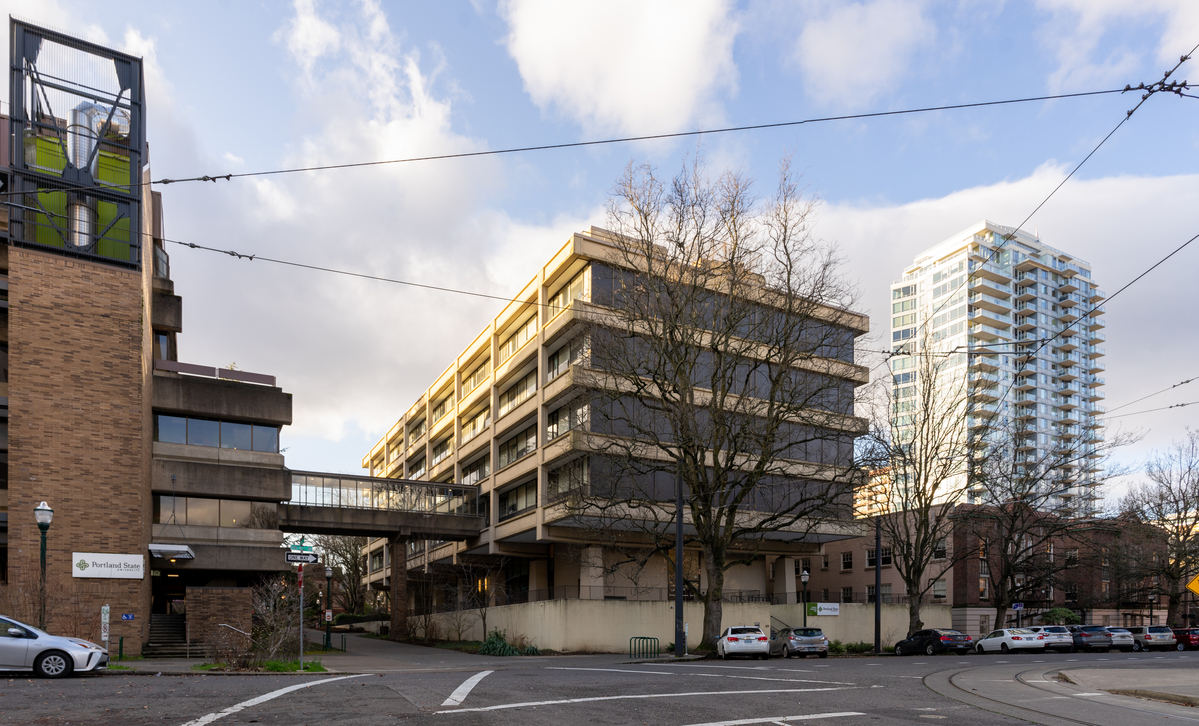