July 1 Ahumbe, Nigeria: An oil tanker explosion killed 45 and injured 101 more after it crashed in the village of Ahumbe in Benue state, Nigeria. After the crash, people began trying to collect fuel from the spill before the tanker exploded. “We have recovered 45 corpses of the dead while 101 others sustained serious burns,” federal road safety commission sector commander for Benue state Aliyu Baba told Al Jazeera. “From the look of things and considering their condition, many of them might not survive.” Several nearby shops were burnt in the explosion, and at least one was completely destroyed.

July 1 Hong Kong, China: Several hundred extradition bill protesters took over the Hong Kong Legislative Building, breaking the demonstrators’ peaceful approach on the 22nd anniversary of Hong Kong rejoining China from the British colonial empire. Streets throughout Hong Kong were closed on July 1 when over 500,000 protesters began to march through the territory and effectively shut down major roadways. According to CNN, a small group of younger protesters broke into the Legislative Building through the glass doors and windows. They spent multiple hours going through desks and filing cabinets. Some drew graffiti on the walls in or near the building. When the protesters left the building later in the evening, Hong Kong authorities used tear gas and batons against the group. Thirteen officers were hospitalized from the encounter. “Hong Kong is a safe society, and none of this violence is acceptable,” Police Commissioner Stephen Lo Wai-Chung told CNN.

July 4 Venezuela: According to a report released by the UN, “death squads” were responsible for the extrajudicial killings of at least 5,287 people in 2018. The report claims the same “death squads” killed an additional 1,569 people by mid-May 2019. Some independent research groups, however, report these numbers could be as high as 9,000. Deutsche Welle reported that Venezuelan special forces would break into people’s homes and kill them before staging the crime scene in order to make it appear as if the victim had resisted arrest. The report summarizes the accounts of 20 different families and claims the Venezuelan government aims “at neutralizing, repressing and criminalizing political opponents and people critical of the government,” according to The New York Times.

July 5 California, United States: The largest earthquake in over 20 years struck Southern California at approximately 8:20 p.m. local time on July 5, a day after a 6.4 magnitude earthquake rattled residents. The 7.1 magnitude earthquake was centralized near Ridgecrest, Calif., and seismologists reported it was nearly 10 times larger than the one on July 4. While several small fires were caused, there were no deaths and limited architectural damage. The U.S. Geological Survey reports there is a 2% chance any aftershocks will have a magnitude bigger than 7.1, but do expect magnitude 3 or lower aftershocks in the coming days. “Don’t be paralyzed by fear,” Los Angeles Police Department spokesperson, Josh Rubenstein tweeted after the earthquake. “Arm yourself with knowledge and a plan. Talk about what you would do when a big one hits.”

July 6 Pamplona, Spain: The first day of Pamplona’s San Fermin bull-running festival ended with a total of three people getting gored by bulls and two more with severe head trauma, according to Reuters. Approximately 53 people were treated by Red Cross at the end of the two-minute and 41-second dash through the Spanish city’s narrow streets to the local bull ring. The nine-day festival is expected to be visited by over one million people by the time it ends. The Guardian reported bull-running festivals throughout Spain, especially Pamplona’s San Fermin festival, are regularly criticized for animal cruelty as well as being extremely dangerous. Despite many people being gored over the years, no one has died since Daniel Jimeno was gored in the neck in 2009, according to Reuters. 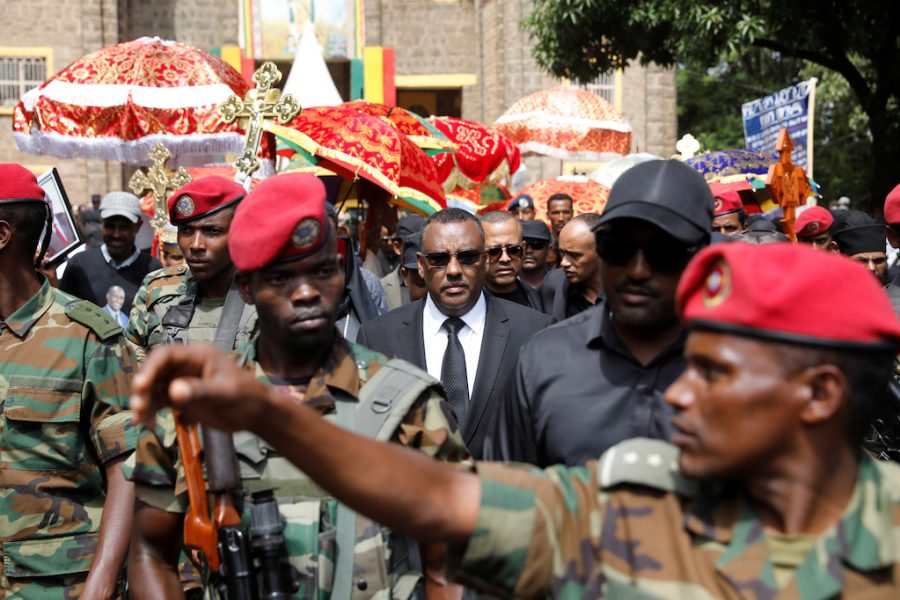