Nov. 20 Kabul, Afghanistan: At least 55 people were killed and 94 wounded in a suicide bombing, which targeted a gathering of top Sunni religious leaders celebrating the birth of the Muslim Prophet Muhammad, as reported by The Washington Post. Hundreds of Muslim scholars and clerics packed inside a large wedding hall in Afghanistan’s capital were reciting Quranic verses when the suicide bomber detonated his explosives. According to Al Jazeera, 30 ambulances arrived on the scene following the attack, with over 40 people needing immediate assistance. No group or individual has claimed responsibility, and the Taliban openly condemned the attack.

Nov. 20 West Bank, Palestinian Territories: The short-term vacation rental company Airbnb made the decision Nov. 20 to remove listings from Israeli settlements in the Occupied Palestinian Territory of the West Bank. Around 200 listings will be removed following the decision from settlements, which are illegal under international law. In a statement posted on the company’s website, Airbnb stated, “We concluded that we should remove listings in Israeli settlements in the West Bank that are at the core of the dispute between Israelis and Palestinians.” The decision has sparked a class action lawsuit filed on Nov. 22.

Nov. 21 Guatemala: Guatemalan courts sentenced Santos Lopez, a soldier of the special wing of the Armed Forces of Guatemala known as Kaibil, with a 5,160-year prison sentence, owing to a massacre he helped commit in December 1982 during the Civil War. Lopez was part of an ambush which killed 171 people and raped many of the female victims, as reported by the New York Times. Though Guatemala has a maximum sentence of 50 years, Lopez received a 30-year sentence for each killing with an additional 30 years for the abduction of a child during the massacre.

Nov. 23 Karachi, Pakistan: The Balochistan Liberation Army, a separatist militant group seeking independence of the Baloch province from Pakistan, attempted an attack on the Chinese consulate in Karachi. Three militants entered the consulate but were thwarted by security, while two officers and two civilians were subsequently killed during the attack, in addition to the assailants. According to Deutsche Welle, the BLA targeted the Chinese consulate due to the $46 billion China-Pakistan Economic Corridor, which aims to connect China’s Xinjiang province with the Pakistani port city of Gwadar.

Nov. 24 Egypt: The sarcophagus and mummy of a woman, preserved for over 3,000 years, was revealed after being discovered in November by an archaeological team from the University of Strasbourg in France. The sarcophagus was one of two found in a tomb located along the west bank of the Nile. Despite their age dating back to the 18th Dynasty, both were described to be in “perfect condition.” Additionally, murals were depicted along the walls and ceilings of the tomb, which also contained colored masks, around 1,000 miniature statues known as Ushabti and other mummified and skeletal remains.

Nov. 24 Taiwan: The island just off the coast of Hong Kong held local elections which saw a major defeat to the ruling Democratic Progressive Party. Over 11,000 seats were contested in the election, though the main foci were the 22 mayoral and county magistrate positions. While the DPP won only six seats, the main opposition party Kuomintang (KMT) won 15; the independent candidate Ko Wen-je won the final seat. In response, President Tsai Ing-wen resigned from her post, though she urged fellow DPP officials Prime Minister William Lai and President Secretary-General Chen Chu to remain. The defeat has sparked uncertainty, according to the New York Times, as the nationalist KMT favors closer ties with China.

Ongoing – California-Mexico Border: As asylum seekers arrived at the border between the United States and Mexico waiting to apply for asylum, U.S. Border Patrol dispensed tear gas and pepper spray in an attempt to break up crowds as they tried to cross into the U.S. on Nov. 24. The caravan of around 5,000 people have traveled from Honduras, El Salvador and Guatemala to escape violence and poverty and are now currently camped in Tijuana, Mexico, south of San Diego, Calif. U.S. border agents are processing some 100 applications each day. However, according to The Independent, tensions have been rising over the slow process.

Ongoing – France: Dubbed the “yellow vest” movement, mass protests continue to sweep the country as demonstrators rallied in the streets in opposition to rising fuel costs and economic policies of French President Emmanuel Macron. The protests began on Nov. 17, when over 400 people were injured and more than 150 arrests were made. Protesters, who have dawned yellow, high visibility vests, are disputing the recent implementation of new taxes on fuel while a tax on the wealth was recently cut. As reported by Deutsche Welle, some 100,000 people protested throughout the country, with around 8,000 protesting in Paris alone. 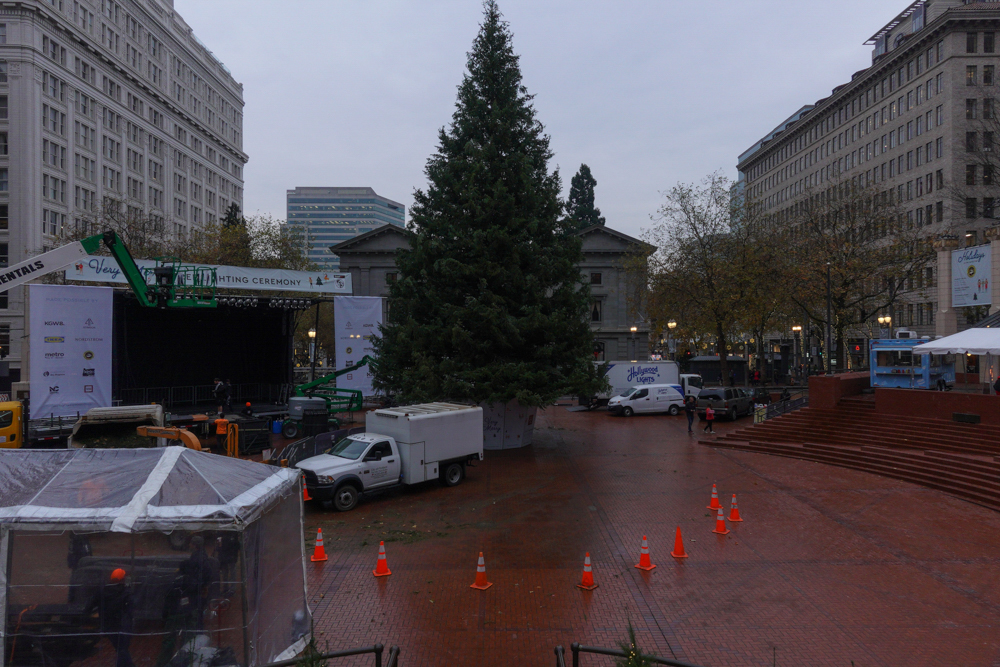