What do you get when you combine a storm of red-colored twisters, the rhythmic stomping of thunder and the speed of “Tetris” music at level 15? If you guessed two theatrical Eastern European dancers and a lightning-fast accordion player, you were right.

The weeklong event, which showcased performance and fine art from PSU students, turned the Park Blocks and Multicultural Center into art galleries and performance halls.

“Our goal is to constantly expose PSU and the community to diverse forms of dance,” Christine Stapleton, the World Dance Office coordinator, said.

The duo of Rodica Bordeianu and Leonid Nosov changed dances, music and costumes to stomp from Ukraine, prance through Moldova and spin to Russia.

The performers, consistent with traditional character dances, commonly joined hands and mirrored each other’s swaying of the head, kicking of the legs and distinct facial expressions.

“Each country has a different style because their steps, dance and culture are totally different,” Bordeianu said.

The folkdance performer and instructor has been dancing since she was five and toured the world with the National Ensemble of Moldova, before settling in Portland almost two years ago.

At one point during the Russian dance, the duo began a fast spinning barrage that made the wooden floor seem like an ice rink.

Despite the simple black and white keys of the accordion, the instrument, which provided music during the various costume changes, added flair and excitement to the event.

Georghe Borcea, a professional accordion player from Romania, wasted little time introducing himself, but instead let his music do the talking.

The speed of his fingers, blazing rhythm and harmonious melody impressed the audience.

The whistling, clapping and heel stomping of the approximately onlookers proved this.

“Georghe is amazing and his music brilliant” Claudia Stern, an audience member, said. “I never thought an accordion player could be so cool.”

The grin on his face and swaying body, clothed in a yellow shirt and slacks made it look easy.

Gabriel Gherasim, who introduced the three performers, closed the event with a poem about his memories of his native Transylvania, Romania. 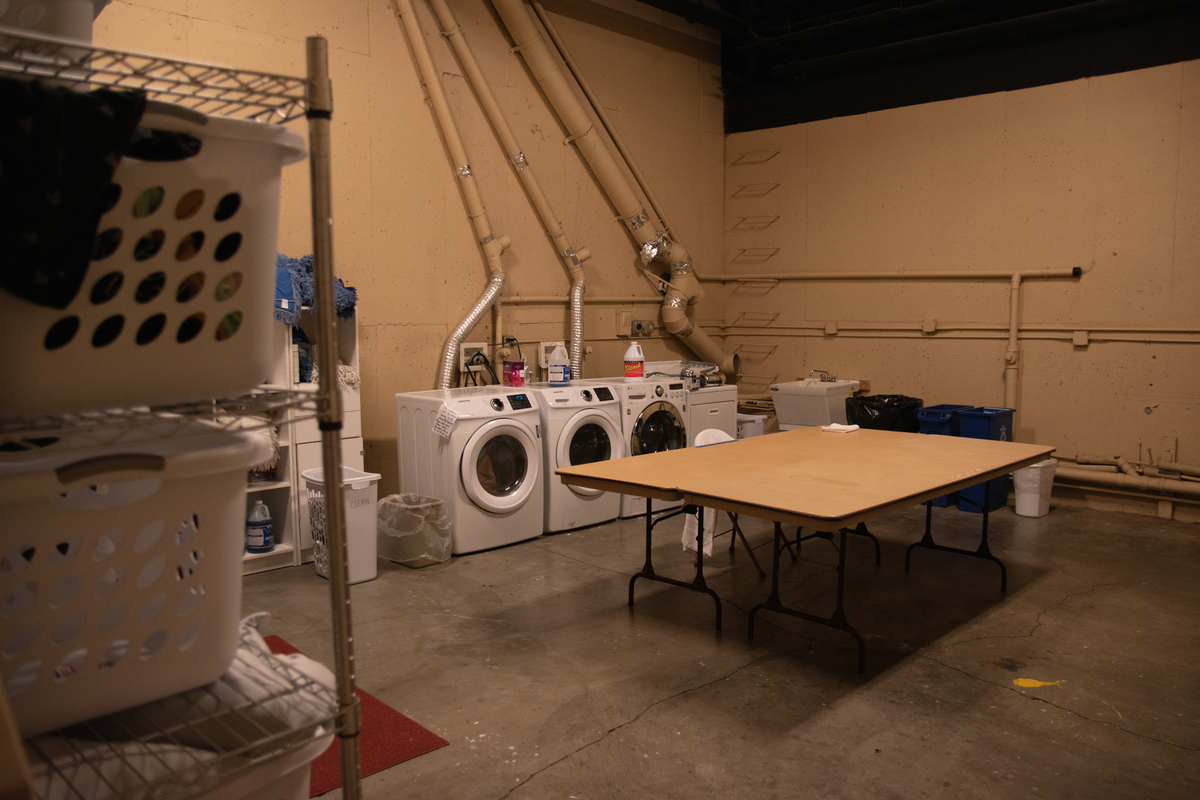