In the past decade, Columbian Coca-Cola employees hoping to unionize have been tortured, assassinated and taken hostage. Some survived murder attempts. Luis Cardona is one of those survivors.

A former Coca-Cola employee in Columbia, Cardona is here today to talk about the Coke boycott. Organized by SINALTRAINAL (the food and beverage workers union), the primary purpose of the Coke boycott is to protect human rights and to promote the right to organize by unions in Columbia.

According to Lew Church, coordinator of the Progressive Student Union at PSU, the Coke boycott has been going on for over a year.

“Columbia’s the worst country in the world to be a union organizer,” he said. “The government is conservative; they’re cooperating with the Bush administration to implement a neo-liberal agenda, which tends to try to downsize, underpay and discourage unions.”

The International Confederation of Free Trade (ICFTU), which represents 158 million workers, concluded that nearly 200 Columbians had been killed because of their trade union activities.

The ICFTU said that globalization was leading to a repression of labor rights.

“It seems like more and more power in the world is owned by corporations,” he said, “and that affects everything from television and elections to whether your job still exists in Columbia … the union is one way to try to hold those that have power, politically and economically, accountable to the people doing the work and producing the product.”

He added, “If you’re in the middle of a war and your wages are going down and your jobs are disappearing, one of the things in globalization is to have third-world countries bid for the lowest cheapest labor … if you can maximize profits and extract it out of third-world countries, then that helps profits in Atlanta.”

Atlanta is home to Coca-Cola, the worlds largest beverage company.

According to the Web site killercoke.org, “the influential men who comprise the ‘Six-Pack’ stubbornly refuse to acknowledge the horrific reality that Colombian Coke workers and their families are facing.”

But in a statement made in October by the Coca-Cola Company regarding labor issues in Columbia, Coke insisted SINALTRAINAL’s allegations are completely false.

“They are nothing more than a shameless effort to generate publicity using the name of our company, its trademark and brands,” the statement read.

According to the Coca-Cola company, bottlers in Colombia have “normal relations with multiple labor unions, including SINALTRAINAL.”

Cardona will talk about his own experiences with the Coke company and will address what students at PSU can do to help the killer coke campaign and why.

Miguel Cifuentes, also from Columbia, will be speaking about union and peasant organizing in Columbia. He will also address Columbia’s role as one of the principal targets the Bush administration has selected for its “war on drugs.”

PSU is the only stop on their tours where they will be speaking together. The event is slated to begin today at 6 p.m. in Smith Memorial Student Union, Room 296.

“We think Columbia is a really important country to focus on, and we think its really important that international speakers get access to venues in the United States and be able to say what’s going on as recipients of foreign policy,” said Church. “This is an opportunity for people to find out both about union organizing and unions in general.” 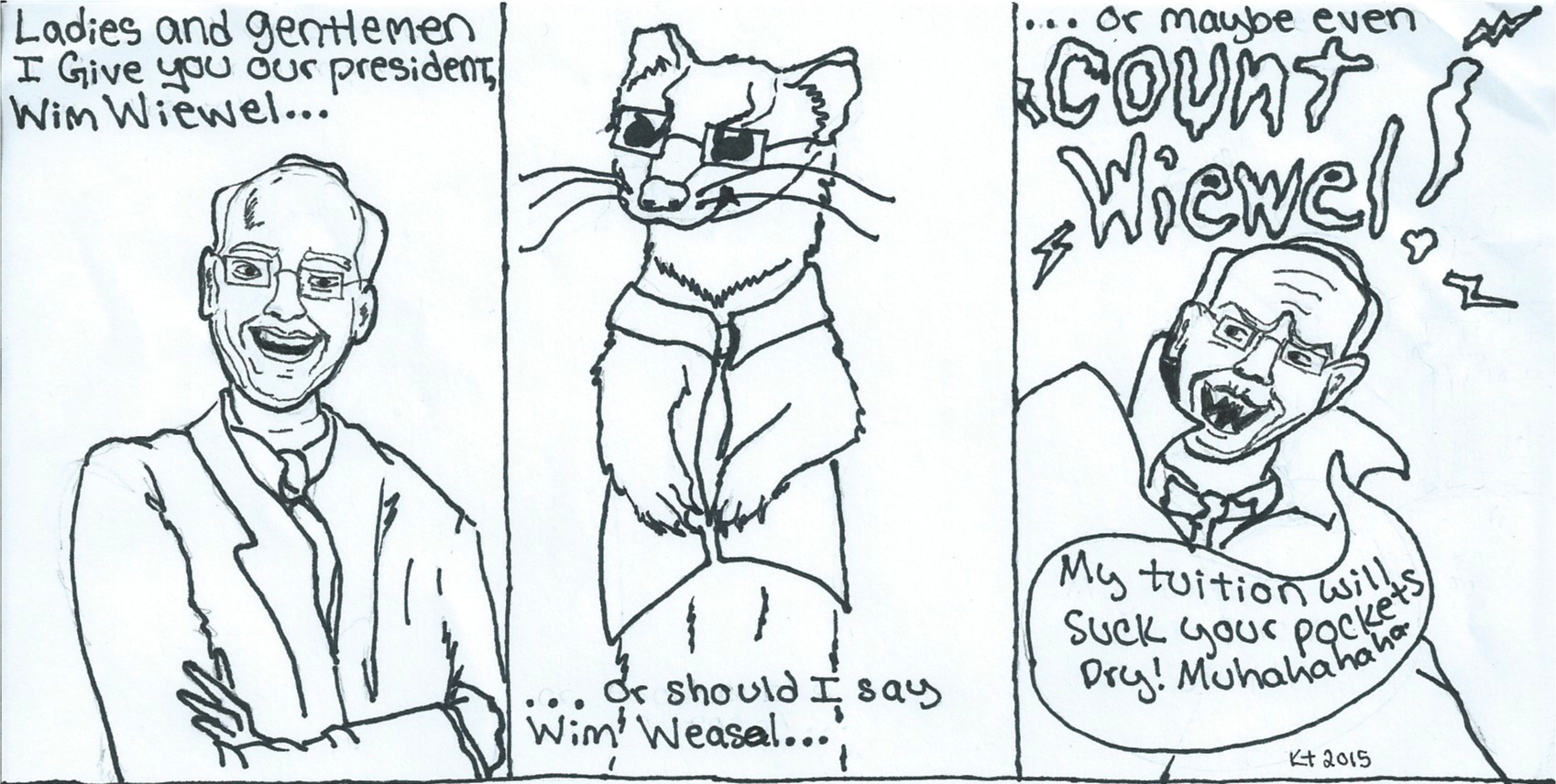 The many faces of Wim