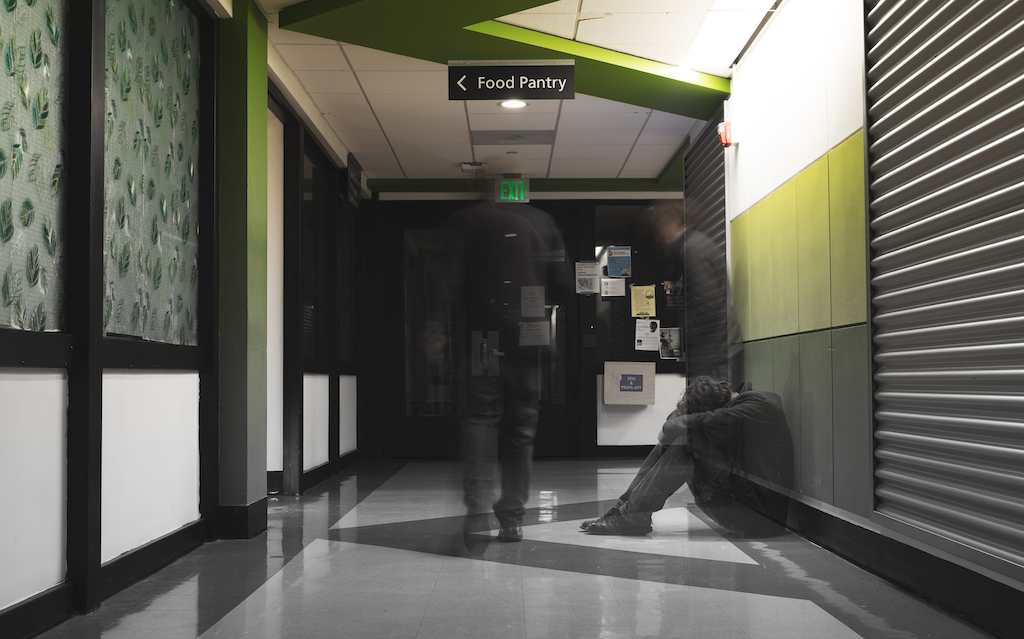 Associated Students of Portland State President Violet Gibson said food insecurity is plaguing PSU’s campus, and a group she assumed were taken care of by PSU by virtue of their position— student-athletes—are still affected by food insecurity and often go unmentioned.

“I don’t understand how we can expect students to adequately learn when they don’t have an adequate source of food,” Gibson said.

“Sometimes there’s the perception that if you’re a Division I student athlete, you’re somehow not experiencing what the general population experiences as a whole,” Cleary said. “Our student athletes are truly just a microcosm of the greater campus as a whole, whether that’s if you’re talking about housing or food or finances…it’s no different.”

“People in athletics…we’re expecting them to use their bodies in very intense ways, and they’re still not getting the adequate food that they need to be able to do their job and fulfill their duties as a student athlete here on campus,” Gibson said.

“We could provide unlimited meals. We can do that. Now it’s the resource piece of do we have the means to do it,“ Cleary said. “Can we technically do that? We can. Does our budget allow it? No, it does not. Would I love to do it? Of course.”

Cleary also said that utilizing “touch-points”—or times when students interact with the faculty, staff and coaches at PSU—is an important way to spread awareness of resources on campus.

“I tell students all the time, whatever’s happening out here where they’re giving out the boxes of produce…I’m like you all need to be on that, because that is not cheap,” Cleary said.

Cleary also said spreading the word about resources such as the food pantry is an important step to helping alleviate food insecurity.

“I think we do that a lot informally, but I think students…even for our student athletes, they might walk [by] that day where they’re handing out produce and think they’re not eligible for it,” Cleary said. “I think [one way to help] is really encouraging all of our students to really utilize those resources, especially if they need it.”

“Tell your homie to go get the bell peppers,” Cleary said, referencing the Free Food Market in the Park Blocks. “I think they just don’t know unless someone tells [them]…what [their] resources are.”

According to a campus-wide student food insecurity survey, 48% of PSU students experienced some kind of food insecurity in 2018. Approximately 18% of that stated they had repeatedly not had enough food to eat, which categorizes them as having very low food security.

According to a separate report published in 2018, 42% of community college students and 36% of university students indicated they were at the lowest levels of food insecurity. Food insecurity on college campuses is on average three times the USDA average mean of 12.3%.

The Committee for Improving Student Food Security—an independent volunteer committee dedicated to improving PSU student’s accessibility to food—was created in 2014 and has implemented programs such as the Free Food Market to benefit the PSU community after a survey reported 59% of PSU students had experienced some kind of food insecurity in the 2013–2014 academic year.

Other resources created to alleviate food insecurity on campus include PSU’s Food Pantry. According to their website, the food pantry provides assistance to approximately 2,000 students annually.

Cleary detailed the athletics department’s efforts to reduce food insecurity among student athletes, saying the department “gets savvy” with Costco orders and try to provide low-budget food options like peanut butter and jelly sandwiches during the day.

“I swear that football team will never eat another peanut butter and jelly sandwich ever in their life once they leave here, but it’s cheap and it’s rich in protein and it’s easy, it’s quick,” Cleary said.

“Do we have a long way that we could go? Totally,” Cleary said. “Ideally, we could have every single athlete on a meal plan, where we knew they could do whatever [the] standard meal plan is and they would have access to breakfast, lunch [and] dinner.”

However, Cleary said even though resources for student athletes could be expanded—like increasing dining hall nighttime hours or student-athletes on a meal plan—the money would have to come from somewhere else and might not balance out.

“I never want to say ‘no they’re fine, they’re not hungry, they’ve got PB and J’s,’ no,” Cleary said. “But I know they’re a small piece of the bigger challenge that the university has.”

“I never, ever want the perception that our student-athletes are that much more special, that their food insecurity or their housing challenges are more important than the general campus, because that is not the case. They are just like every other student here.“

Cleary also said they try to close the gap through their nutrition program, which was kickstarted by donor contributions and continues to be funded through donors.

“We’ve actually made nutrition as one of our key elements that we’re fundraising for, so when we meet with donors and they’re talking about ways they could help with athletics…nutrition is a component,” Cleary said.

Cleary said the PSU athletics department also works closely with Gatorade to make sure money is going toward protein-rich foods and powders instead of just products like water coolers.

“The team might say tonight we’re having spaghetti and meatballs and be able to feed everyone all at once,” Cleary said about food when the dining hall isn’t accessible, adding that the student athlete’s per diem—a small monetary amount usually granted—could be used for similar purposes.

Cleary also said there’s a significant gap between the Power Five level and PSU, and although they’re getting closer to closing the gap with food insecurity, they’re not there yet.

“We are still very far away from what I think the general public would think that a Division I athletic program is,” Cleary said.

“I think you’d be hard-pressed to find any student on campus right now that’s like ‘nah, I’m cool, I’m good. Money [for food, housing]? No problem,’” Cleary said. “Our student athletes are just like any student. But [they] get to represent this university on a larger scale, if we could use that for good, then I’m all about it.’

What: Fresh produce and food products

When: Second Monday of every month at noon. The next free food market is on Nov. 18

Notes: Bring your own bag! Occurs rain or shine, first-come/first-served

Notes: [email protected] for more info—students can sign up for picking up outside of regular business hours through the website

What: Assistance with registering for the Supplemental Nutritional Assistance Program, a food stamp-equivalent

Where: Various assistance locations, including the SMSU and FMH building

Who: Students and community members

Notes: [email protected] to schedule appointment with a SNAP Outreach Specialist or visit the food pantry during operating hours

When: Pick up voucher between 8 a.m.–5 p.m. on Monday–Friday from Melissa Clark in SMSU 462, or from any other CISFS employee www.pdx.edu/student-access-center/meal-vouchers

Notes: Receive up to 5 free meal vouchers a term 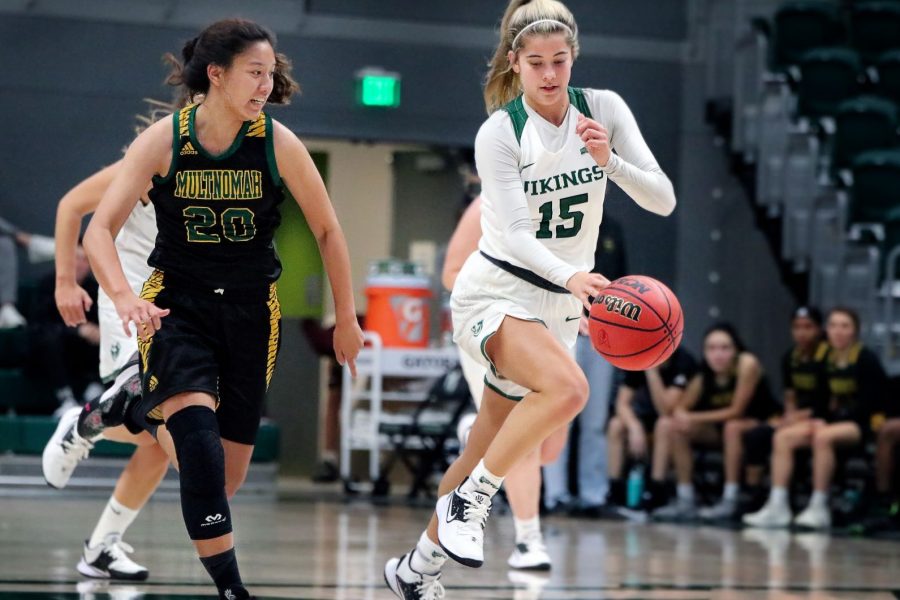 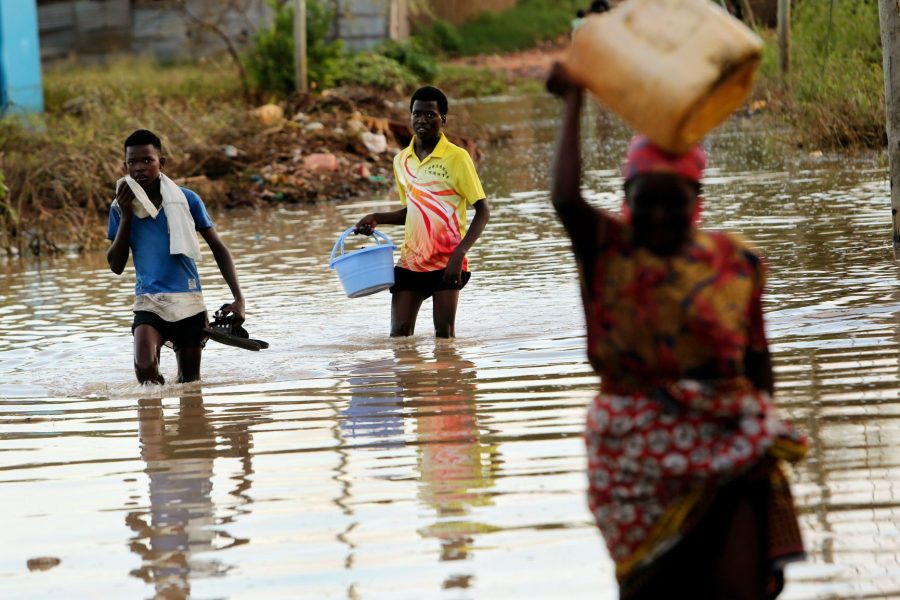 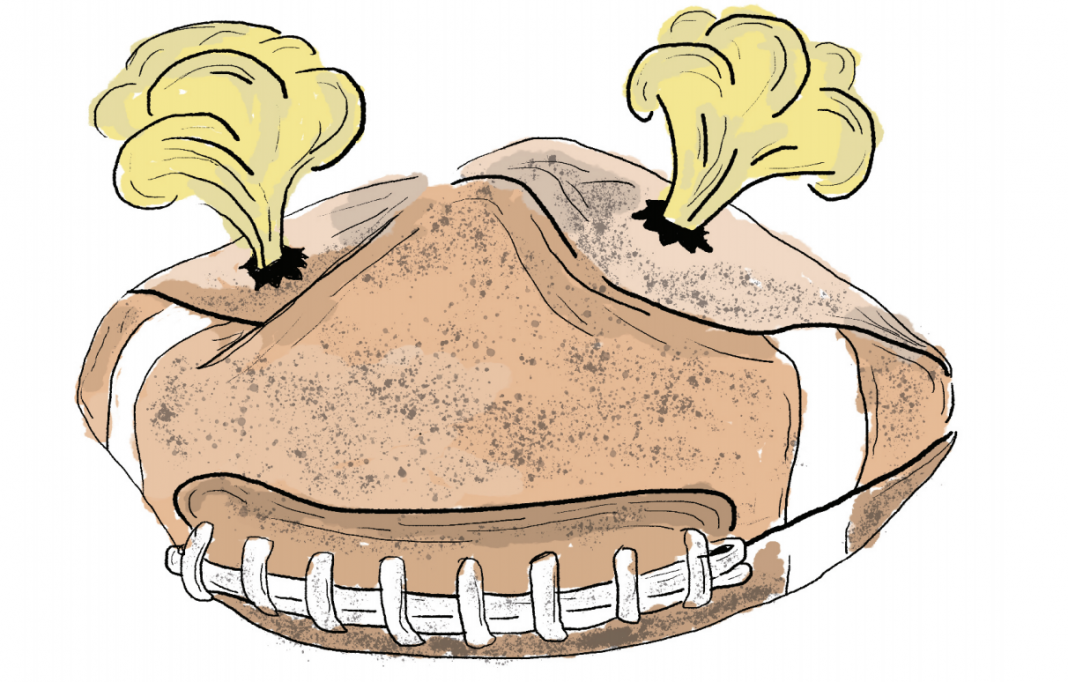